A few months ago, the Italian Wikipedia blanked out temporarily in protest to SOPA (Stop Online Piracy Act), a misleading titled act which, if passed, will change the face of the internet as we know it, maiming numerous sites – Wikipedia included.

So Jimmy Wales, Wikipedia founder made a public poll to see how people feel about this; this is not strictly politically for them, this is about self preservation for the world’s largest encyclopedia. You can check out all the talks here and have your say. You can also (and I encourage you to) have your say here – because we’re really curious how you feel about this. This also affects ZME Science, although we are not residents of the US, but the reasons we would like to oppose it is that it is misleading and wrong on many levels, and will bring nothing but a short leash for the government to track whoever they desire, with or without reason, empowering big corporations to take control of the internet – the only medium where they start (almost) on a common ground with anyone else; and it will also affect you – drastically limiting the freedom you will have on the Internet. 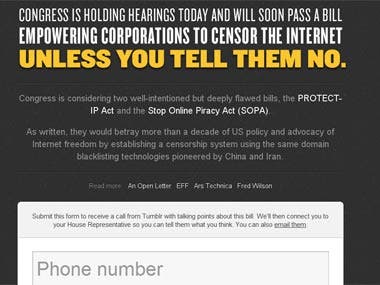