by Dragos Mitrica
in Animals, Videos

The above footage highlights just how amazing octopus camouflage can really get. I’m not really sure what species this is, but I assume it’s either a mimic octopus, or somethng closely related.

he mimic octopus can literally mimic the physical appearance and movement of fifteen different species, that we know of (including, but not limited to sea snakes, lionfish, flatfish, brittle stars, giant crabs, sea shells, stingrays, flounders, jellyfish, sea anemones).They model their body shape and can change their color to fit the environment up to the point where you really can’t see it – and neither can its prey and predators.

“This guy took me completely by surprise … I had literally no idea he was there until I was about a metre away,” writes Jonathan Gordon over on his YouTube channel.

So how do they do this? The key here are tiny pigment sacks inside their skin.

“By contracting or dilating their muscles very precisely, an octopus can control exactly how much light bounces off each pigment, which means they can change into virtually any colour almost instantly”, writes Science Alert.

Scientists are trying to harvest these amazing properties, creating materials that can change their shape and color, but we’re still miles away from actually achieving it. 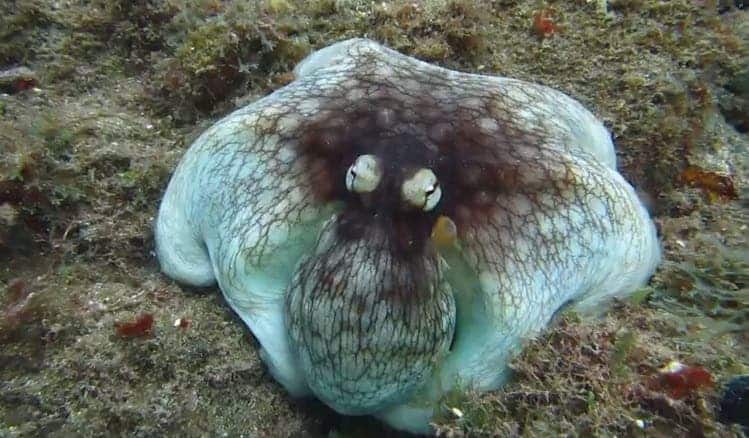