The Science Behind Spending

by Mihai Andrei
in Other
Reading Time: 4 mins read
A A
Share on FacebookShare on TwitterSubmit to Reddit

It seems like ever since the first caveman opened up the first popup barter-based kiosk people have been trying to explain why we spend the way we do (and when we do) and retailers have been trying to exploit that information for all it’s worth. There have been numerous tests down through the years and some of the results are pretty surprising. It seems the way you shop says more about you than you might imagine. 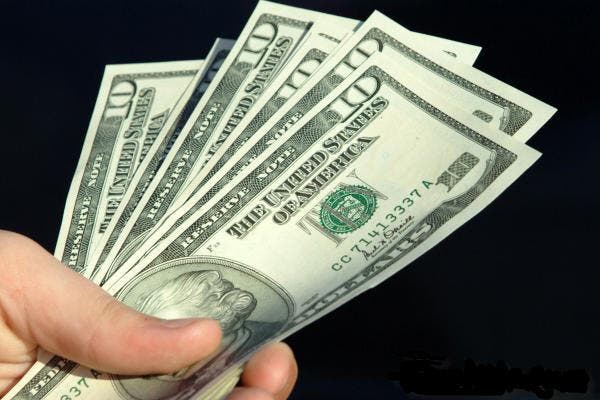 According to a study in the Journal of Consumer Research, price plays a pretty important role when it comes to consumer gratification. Researchers took a whole load of spenders and looked at a part of the brain called the insula, which is stimulated when people experience unpleasant things. The more stimulation of the insula the less likely you are to keep doing what you are doing. The insula is stimulated when we spend money, however when we save, we actively feel better.

So, now for the interesting bit. You’re eating in a fine restaurant and the meal comes to a rather ostentatious £120. However, the restaurant manager, sensing your inherent loveliness, decides to give it to you for £10 instead. Not only do you feel great because you’ve gotten something cheaper (and your credit card is almost maxed out), the food actually tastes better as a result.

People with more insula in their brains are less likely to be big spenders. So the reason you can’t pass a shoe shop without a least picking one boot is all down to science.

Spendthrift rich folk who apparently saved their way to success are ten a penny these days. And while reducing their achievements to, aren’t they a bit tight, seems a little unfair, what about the incredibly successful businesses they started from scratch and all, it does seem you are more likely to be a success if you can control your spending.

This comes down to the Marshmallow Experiment of the 1960s. Kids in a nursery school were presented with a tray of delicious treats (marshmallows, pretzels and cookies) and were told to pick one. If they ate it immediately they wouldn’t receive anymore, if they waited a few minutes (delayed their gratification) they would be given more. They watched the kids (like creepy science guys do) until they were older and discovered that those who successfully waited for their treat went on to have much more successful careers.

Spenders can’t hold off (or delay their gratification in science terms) and have to spend immediately. As it turns out, this might just be hindering your chances at success.

Too much choice is bad for you

Despite all evidence to contrary, humanity is not big on choice. In fact, our brains actively hate it. In numerous tests over the years people have been given the option of choosing between multiple products or a limited number. Despite always wanting the most amount of choice, the smaller group always report feeling happier with their decision. This comes down to a simple case of the grass always being greener on the other side of the sweet counter. Sure this chocolate was nice but what about those 32 others? They were probably equally as nice, maybe nicer! When your choice is limited to two or three items, you’re more likely to be happier with your decision and choose that product again.

What about the retailers? What psychological tricks do they use to entice our financial choices? Framing is a great one; devilishly clever in its simplicity. Basically cafes, fast food chains and the like – all upsize. You walk into a café and they’ve added a new giant sized cup of coffee, which has replaced the large from yesterday. Yesterday’s large is now a medium.

Only yesterday a large seemed far too big but now the presence of an even bigger option makes the large (now a giant medium) seem thoroughly reasonable and you wind up spending more money than you originally intended on something that you would not have dreamed of buying just 24 hours before.