The Rosetta Stone may actually come in the form of a computer – one that can speak virtually any language, if programmed well enough. 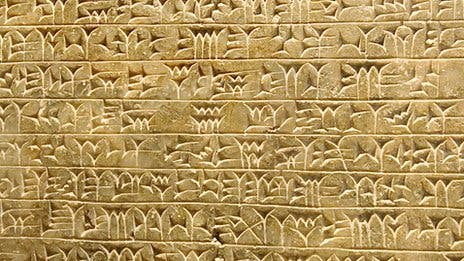 Languages have evolved, changed, adapted, mingled, disappeared – they’re way more dynamic than you would think; and for some of them, we have really limited information to study them on. This is why researchers have gone for help to computers, who are just much better than us at this kind of thing – if there is a linguist to program them, that is. The team of researchers reconstructed a set of protolanguages from a database of more than 142,000 words from 637 Austronesian languages, which are spoken in Southeast Asia, the Pacific, and parts of continental Asia. Basically, the work it did would take several lifetimes to do manually, explains Dan Klein, who is an associate professor at the University of California, Berkeley.

Protolanguages (initial, parent languages) are extremely important in linguistics. Typically, the proto-language is not known directly. Basically you take a few related languages and reconstruct based on their similarities and deduce the parent language – this method is not always exact and doesn’t always work as planned – especially because such a thorough analysis takes a whole lot of time. But when you mix in the analyzing capacity of a computer, things change. Essentially, the program replicates what linguists do manually with 85% accuracy, several thousand times faster.

The program uses an algorithm known as the Markov chain Monte Carlo sampler, and it sorts through sets of words in different languages that share a common sound, history, and origin. The main idea, the holy graal is to go further and further down the tree of language evolution, find the protolanguages of protolanguages (so to say), the main few ones (or the main one? why not) from which all languages evolved.