Yes, you’re seeing just fine – this reservoir is filled with millions of black balls; and it’s not all part of some joke or anything – things are as serious as it gets. 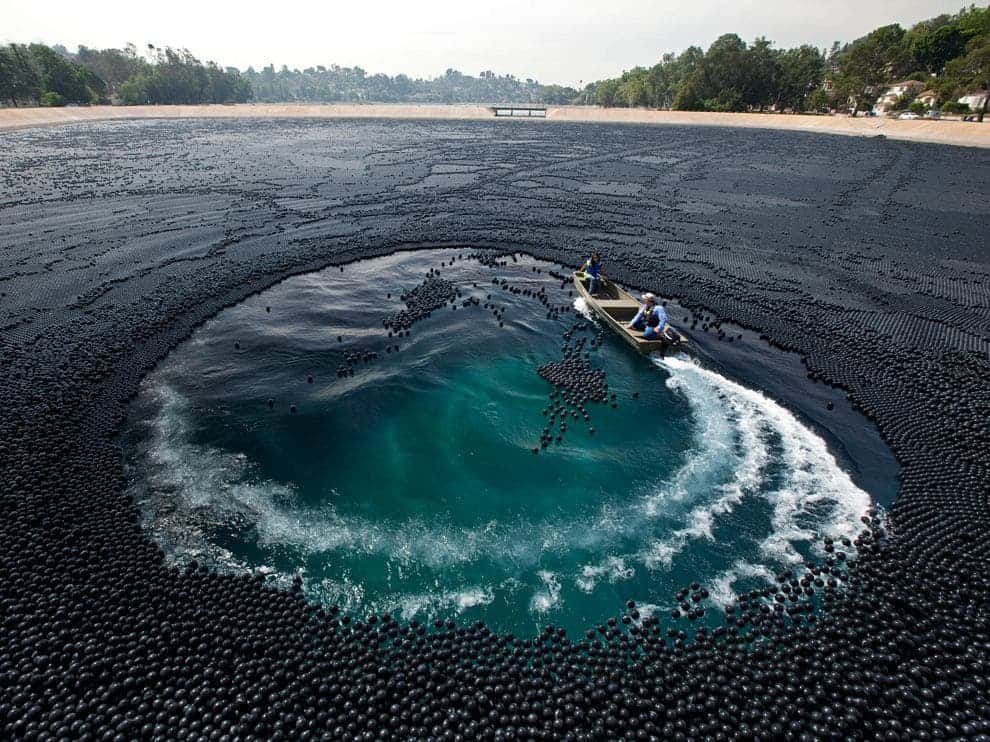 This all took place in 2008, at the Ivanhoe Reservoir, when local crews put 3.000.000 black bird balls in the water. They had to come to this because researchers found out that when sunlight combines with the bromides and chlorine that are present in the water, a carcinogen bromate is formed, and it can be harmful to humans. 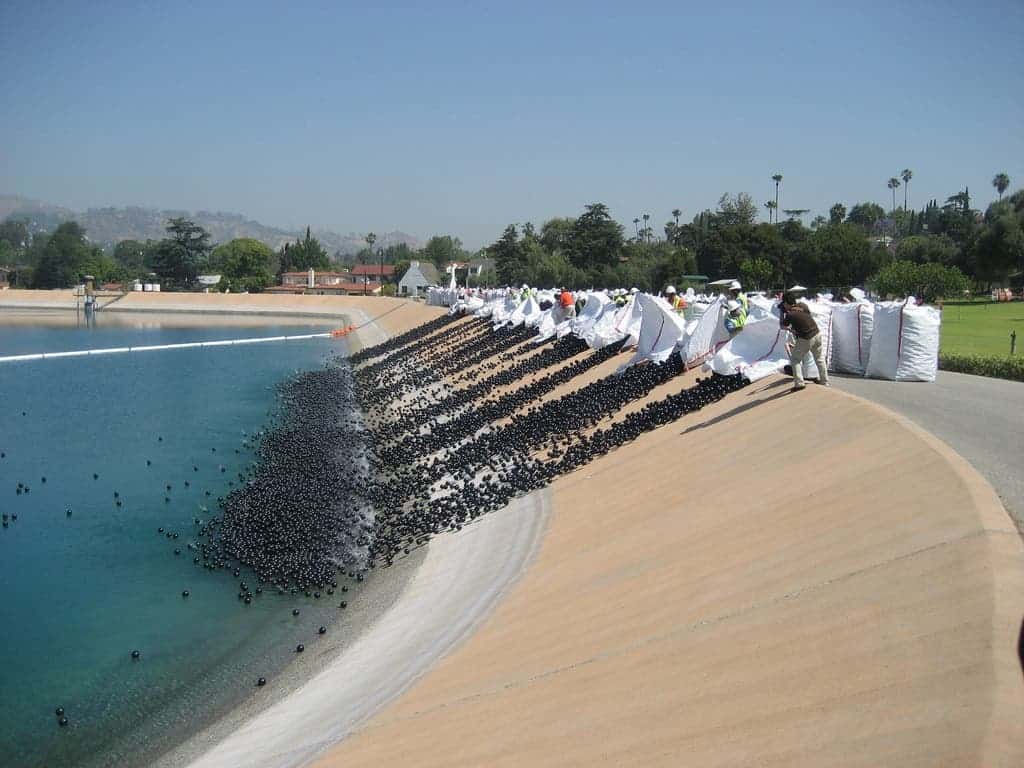 Following this discovery, the Department of Water Protection began construction of a new, covered dam; however, until this new construction is finished, they had to find a way to cover the existing one, and this way was just better than tarps and metal coverings, which were more expensive and unesthetic. 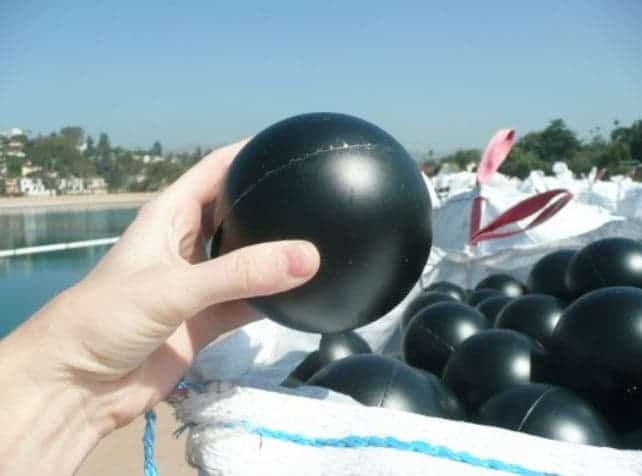 The balls look quite nice, and they cost some 30 cents each, which brings the total cost to about $2 million dollars. The balls will have to remain there for five years, until the new dam is built.