The Herero are an ethnic group inhabiting parts of Southern Africa, inhabiting mostly Namibia. There are some 250.000 members living today; the Hereros in Namibia are still, to this day, wearing the Victorian style of clothing of the German people who once tried to wipe them out. 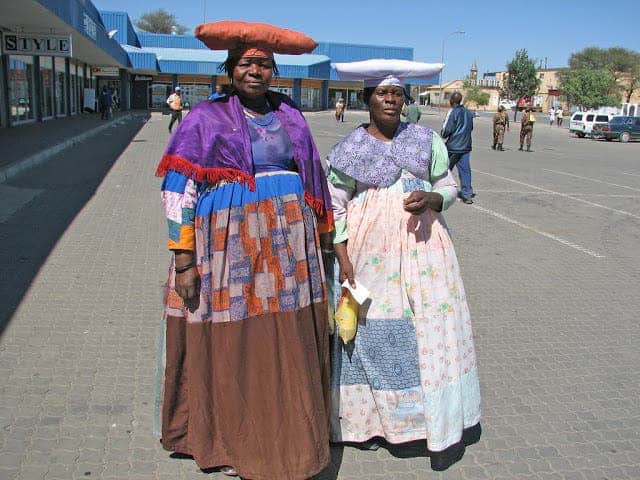 In 1892, German colonists started arriving in Namibia. In 1904, they decided they were in charge of the place, and declared Namibia a part of Germany – something which was rather common during that time. Of course, the “superior” Germans regarded the Namibians as savages, and quickly proceeded to try to wipe them out, in what became the first genocide of the 20th century. 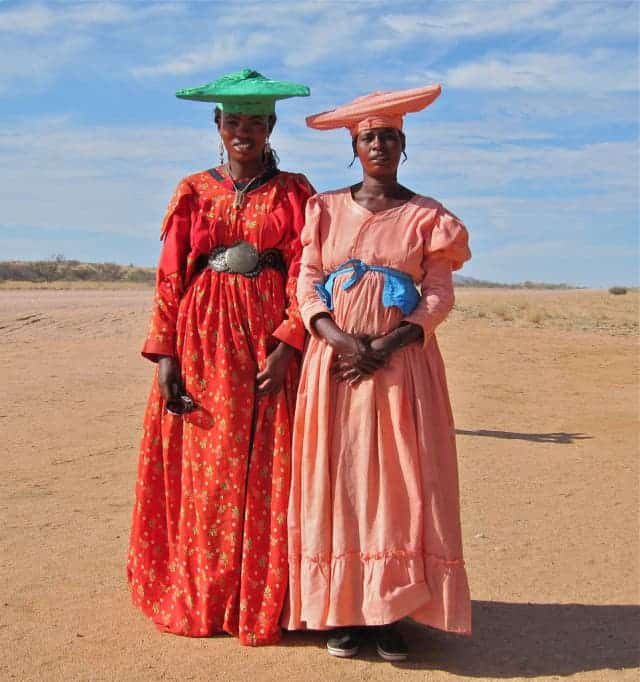 The Herero Wars lasted until 1907, when the occupied peoples were defeated by General Lothar van Trotha, and forced into the desert, and only few of them survived. Here’s what general Trotha had to say about this: 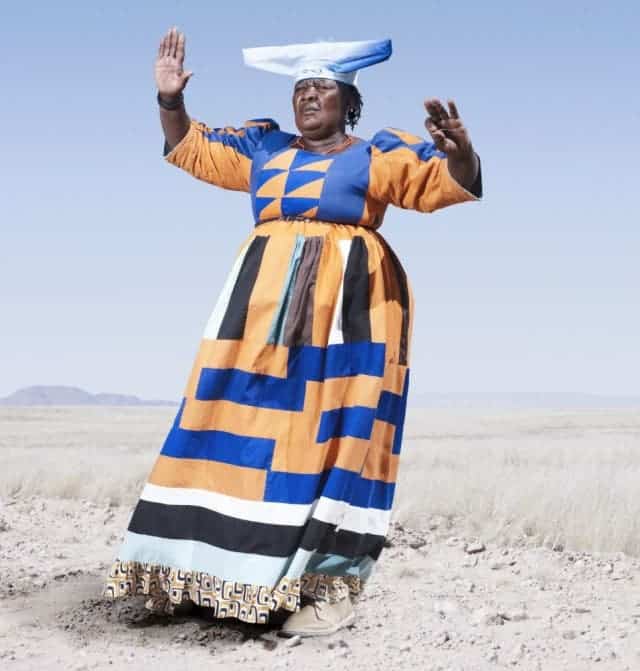 “I believe that the nation as such should be annihilated, or, if this was not possible by tactical measures, have to be expelled from the country…This will be possible if the water-holes from Grootfontein to Gobabis are occupied. The constant movement of our troops will enable us to find the small groups of nation who have moved backwards and destroy them gradually.” 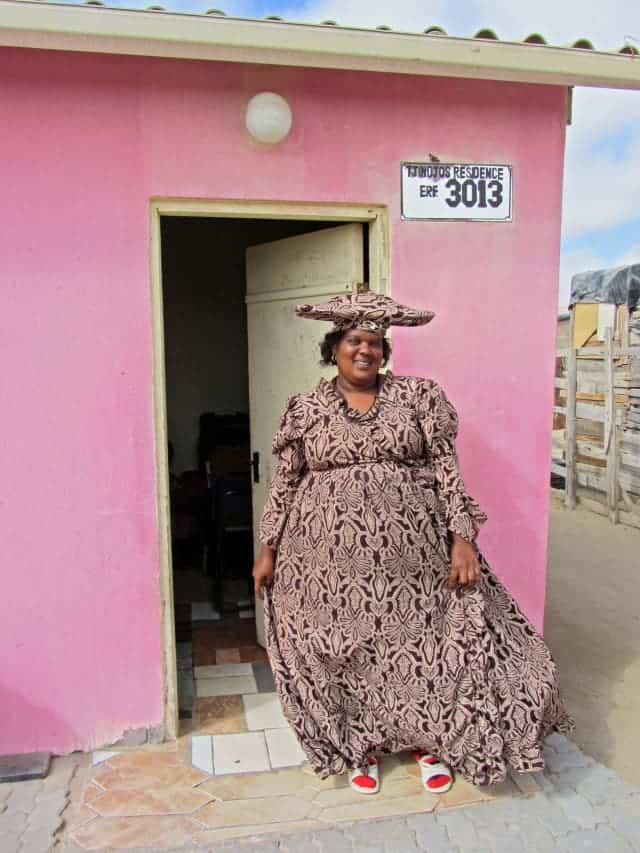 Then, the survivors were placed in concentration camps and labor camps, while the younger women were forced into sexual slavery. In total, up to 100,000 Hereros were killed. After the concentration camps were closed, the war was considered over, and the few surviving tribesmen were allowed to come work for the Germans as “laborers” (read: slaves). They couldn’t own any property and were tagged with metal bracelets. 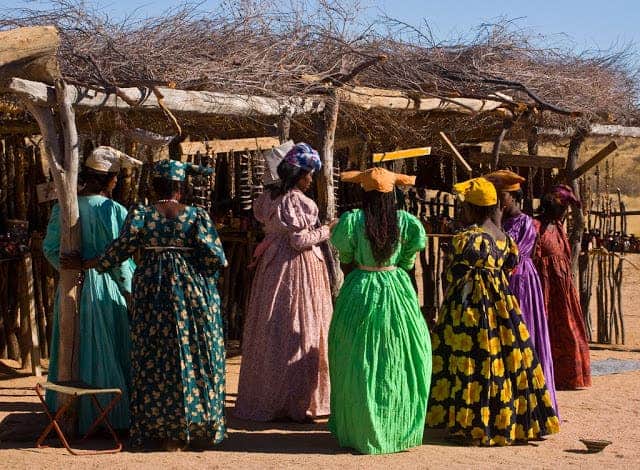 But after the Germans left, something remarkably interesting happened: the Herero people started dressing up like their opressors, not in an attempt to mimic or imitate them, but as a reminder of where they come from, the scars of their past and a way of expressing that they are their own masters now. 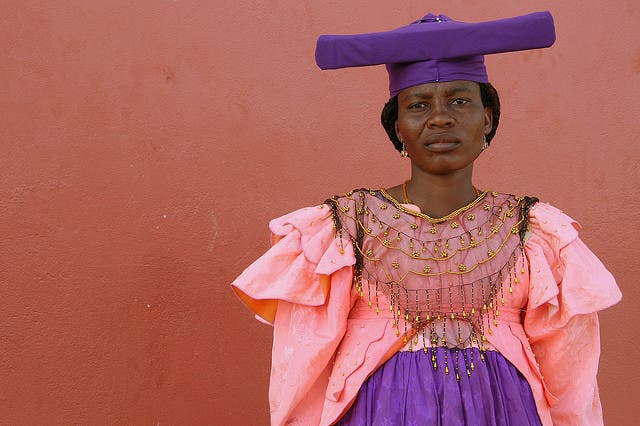 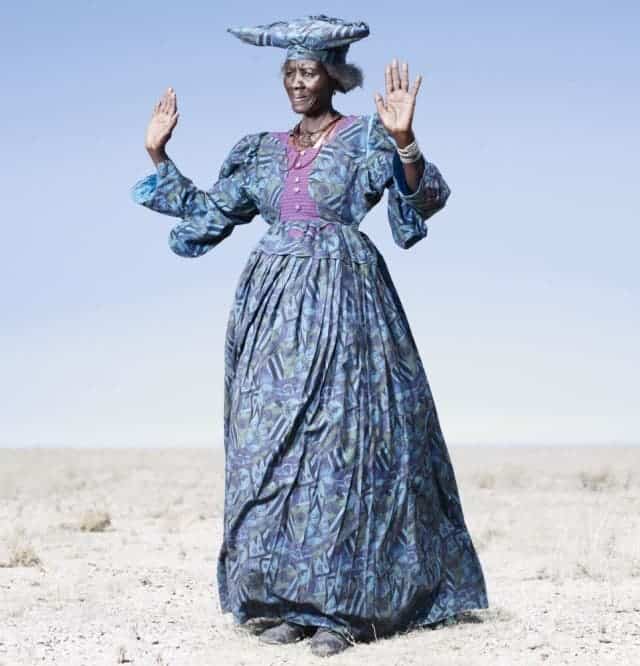 That something so beautifully anachronic could come out of such atrocities is just incredible to me. Of course, they don’t really wear such clothes all the time, just when they want to dress up. Men often wear formal military dress styled after turn of the century German military uniforms. 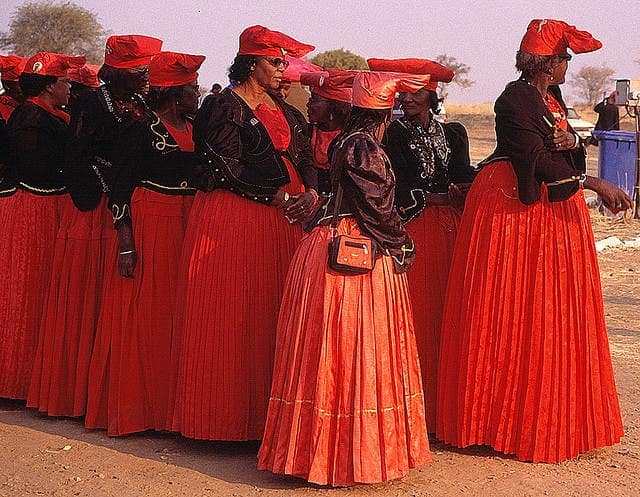 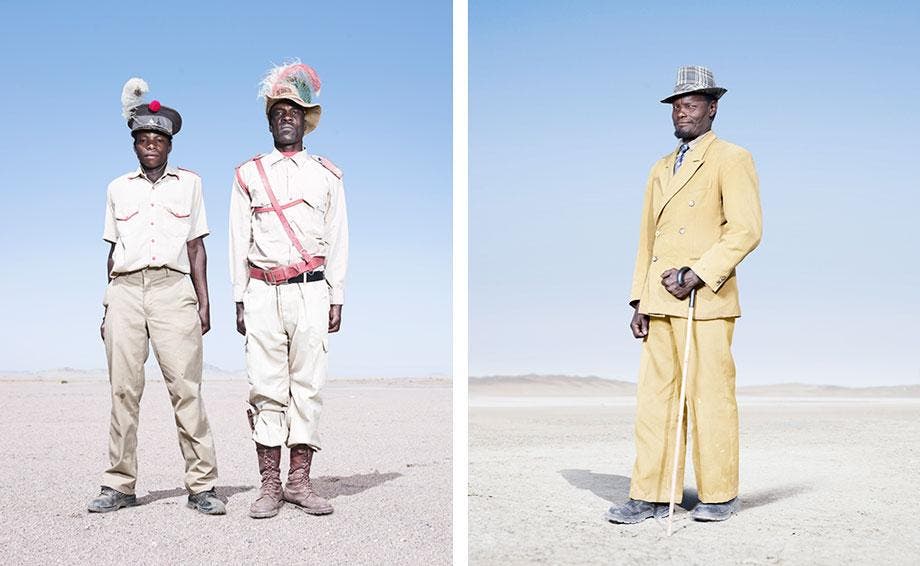