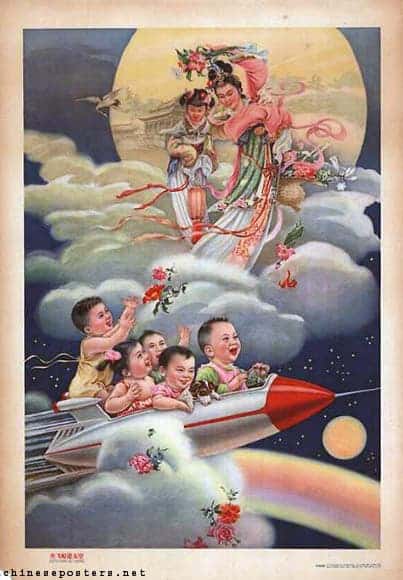 In a recent post I showed you some absolutely stunning Soviet space program posters, and guess what – we’re back with more space posters, only this time, it’s the other communist titan on the planet: China. 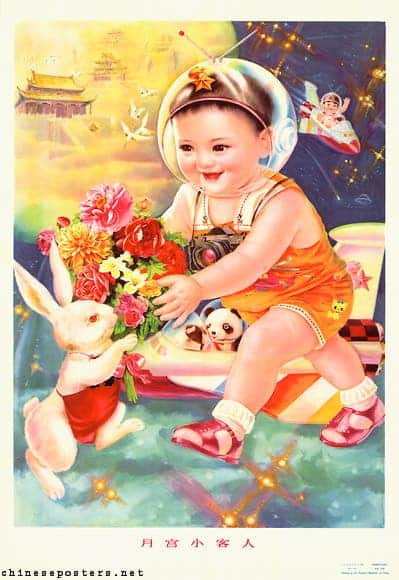 What is striking about these posters are the children; while the Soviets emphasized on the power of the people and their national heroes (Yuri Gagarin, most notably), the Chinese had a different approach. Why ? I have absolutely no idea. 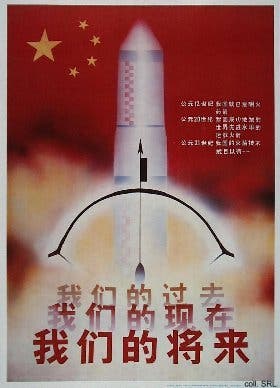 After the USA and the USSR, China became the third nation to send a person into outer space, and this kind of propaganda was extremely beneficial for the communist regime, especially since space appeals to the immagination and dreams of people so much. 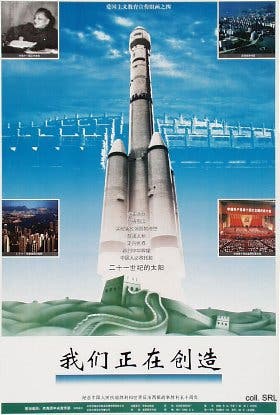 Furthermore, this kind of exploration and scientific advancements are seen as extremely effective methods to fight against the supersitious and religious behaviour, an important element in China. 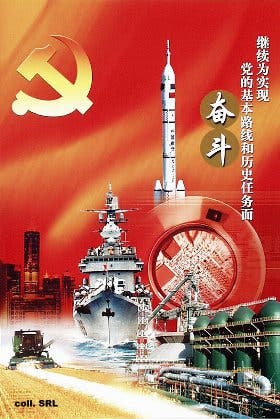 The first Chinese man to walk into outer space was taikonaut Yang Liwei, who became an instant hero after this, having 10.2 million sets of commemorative stamps being issued in his honour. 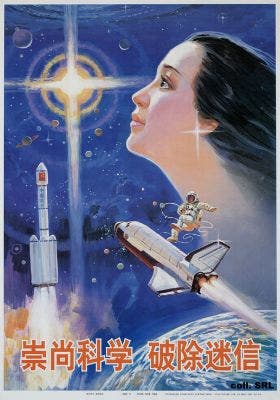 Furthermore, in 2006 the Chinese started a woman astronaut selection program, with promising results. 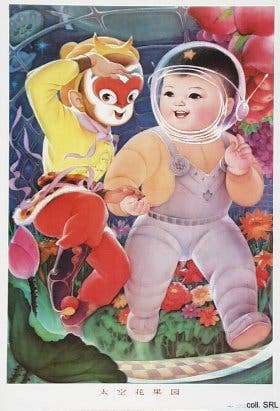 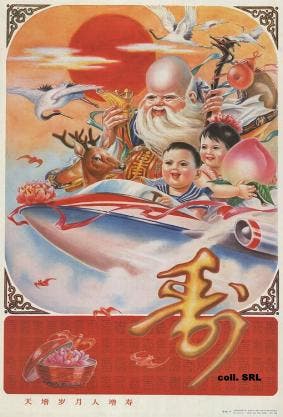 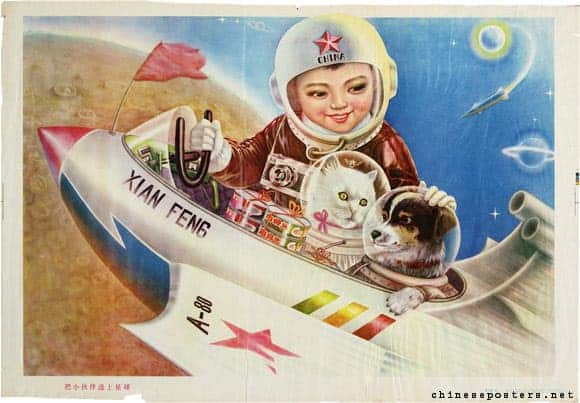