by Mihai Andrei
in Interviews
A A

A couple of weeks ago we were telling you about a study which showed that not only do fish feel pain, but they also multi task and even have cultural traditions. We liked it so much, that we included Culum Brown, the study leader, in our list of featured researchers. He was kind enough to take the time and talk a bit with us, answering some questions about his research and how intelligent fish are.
ZME: In your recent study, you wrote that fish not only feel pain, but they also multi task and have cultural traditions. I’m not very familiar with this topic, but was there really a scientific dilemma on whether or not fish feel pain, or is it just a popular misbelief?

CB: Its an odd thing. The fact that fish feel pain is generally accepted by most neuroscientists, but there are always those out there who deny it.  For the most part they are either 1) old school or 2) have a conflict of interest (eg they work for/funded by fisheries). A neuroscientist once compared them to the Flat Earth Society. So i guess in that sense its like climate change; a few deniers puts doubt into the minds of the general public.

CB: So social learning is wide spread in fishes. We have shown in the lab that information can also move between generations. In the wild there is evidence that migration pathways are heavily influenced by cultural traditions.  For example the failure of the North Atlantic cod fishery is partly due to us fishing all the older knowledgeable individuals.

ZME: I feel that fish are not given enough attention in terms of conservation because they are not as lovable or “cute”, or because they are dismissed as non-intelligent. What is your general opinion on this? Are people’s misconceptions about fish having a detrimental effect on conservation efforts?

CB: Yes we often refer to this as the “cute and fury” factor.  Fish lack it and that is why most conservation societies use pandas or koalas as their logo.  Because of this people often lack empathy for fish.

ZME: What do you think about the general status of fish stocks? It seems pretty clear that we are exploiting them at an unsustainable rate (to say the least). How will the fish stocks likely look like in 10-20 years?

CB: Fish stocks are in dire-straits. There is no doubt. Fisheries scientists have been saying this for 200 years. But rules are not made by scientists they are made by politicians. Politicians listen to the loudest voices (in this case fishermen). Its pretty sad, because this instant satisfaction of greed will destroy the worlds fish stocks for future generations. There will be no fishing industry if they keep it up. 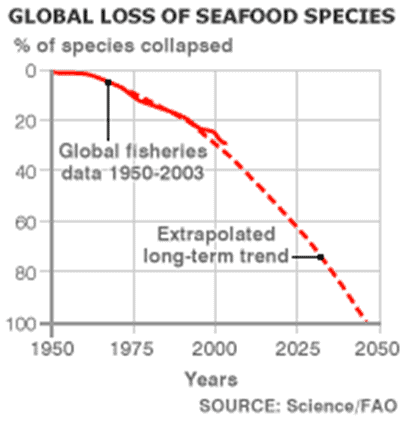 ZME: What’s something about your area of study (or biology in general) that you think most people don’t know (and should), or think they know but are wrong?

A bit of background: Culum Brown is currently associated with Macquarie University, and he describes his interests as follows:

I’m primarily interested in Behavioural Ecology and in particular predator avoidance behaviour, learning and memory in freshwater fishes. I have conducted comparative research on the behavioural ecology of predator avoidance in Austalian freshwater fishes (Uni. Queensland) as well as examining social learning in guppies and salmon at the Sub-department of Animal Behaviour, University of Cambridge. I also have an interest in the evolution of cognition and worked at the University of Edinburgh and the Smithsonian Institute on tropical poeciliids. In addition to this theoretical work, I have interests in applied research in conservation biology and fisheries management. These interests include conducting research aimed improving life skills in hatchery reared fishes utilising social learning protocols and environmental enrichment.