Interview: ‘Next year we will see the Higgs particle – or exclude its existence’

I recently came across this interview with Prof. Dr. Siegfried Bethke, Director at the Max Planck Institute of Physics in Munich, posted at Physorg, and just had to share it, because it is incredibly interesting:

Professor Bethke, particles have been colliding with each other at the LHC for two years now, the detectors have so far registered close to one thousand billion collisions. Has it brought us any further? 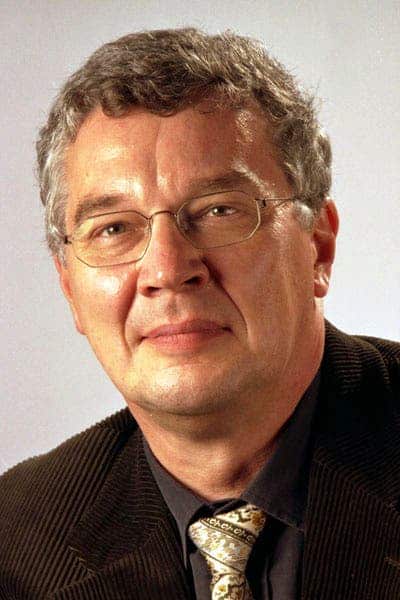 Bethke: We have been searching very hard, but the LHC has not yet been able to discover previously unknown particles. Even effects which would hint at new theories or even a new physics have failed to materialise.

That is a sobering thought.

Bethke: It is indeed slightly disappointing, but it is not unexpected. We knew right from the start that we would need a huge number of collisions for convincing statistics. This is why the LHC will operate not only for two years, but for ten or 20. Secretly, we had nonetheless hoped that nature would have a surprise in store for us at an earlier stage. But still, even without nature’s help, way over 100 scientific publications have been published so far.

What are they about, if you haven’t discovered anything?

Bethke: Even if you don’t find anything, it is possible to determine exclusion limits for the phenomena you are seeking, for the super-symmetric quarks, for example, whose existence would expand the current model of particle physics. We know now that they must be at least 1,000 times heavier than protons. This sounds boring at first, but is very interesting for physicists and for the formulation of new theories. In addition, we have used the LHC as planned to check the current standard model of elementary particle physics.

What did you have to check there?

Bethke: We know that the standard model cannot be nature’s final answer. It has too many unanswered questions, it is far removed from a theory of everything. At high energies, in particular, we expect deviations. We can now test these regions for the first time at the LHC.

Bethke: On the contrary, so far the measurement results match the theoretical predictions very well, even at high energies. This is fine for the standard model, of course, but as far as a new physics is concerned, it is almost a disappointment.

And what about the mysterious Higgs particle, which is deemed to be responsible for providing elementary particles with their mass in the current model? Nobody has seen it so far.

Bethke: We have not yet seen an unambiguous positive signal, either. We can already exclude many regions, however, so that only a few corners remain for the Higgs particle to hide. We want to intensify our search at these energies in the coming year. It would be a triumph if we were to find the particle.

And if not, would it be a serious defeat?

Bethke: No, not at all. If we could definitely exclude the existence of the Higgs boson on the basis of our measurements, it would even be a revolution. We would have to scrap the standard model. Theoreticians would have to look for an alternative theory which can conclusively describe the world down to the tiniest detail. This would be significantly more exciting than simply confirming the Higgs particle.

When will you be certain?

Bethke: The LHC has been running unexpectedly well for more than a year now and providing us with more data than we had hoped for even under the most optimistic assumptions. If it continues like this, we will have seen the Higgs particle by the end of next year at the latest – or will be able to exclude its existence once and for all.

The interview was conducted by Alexander Stirn.