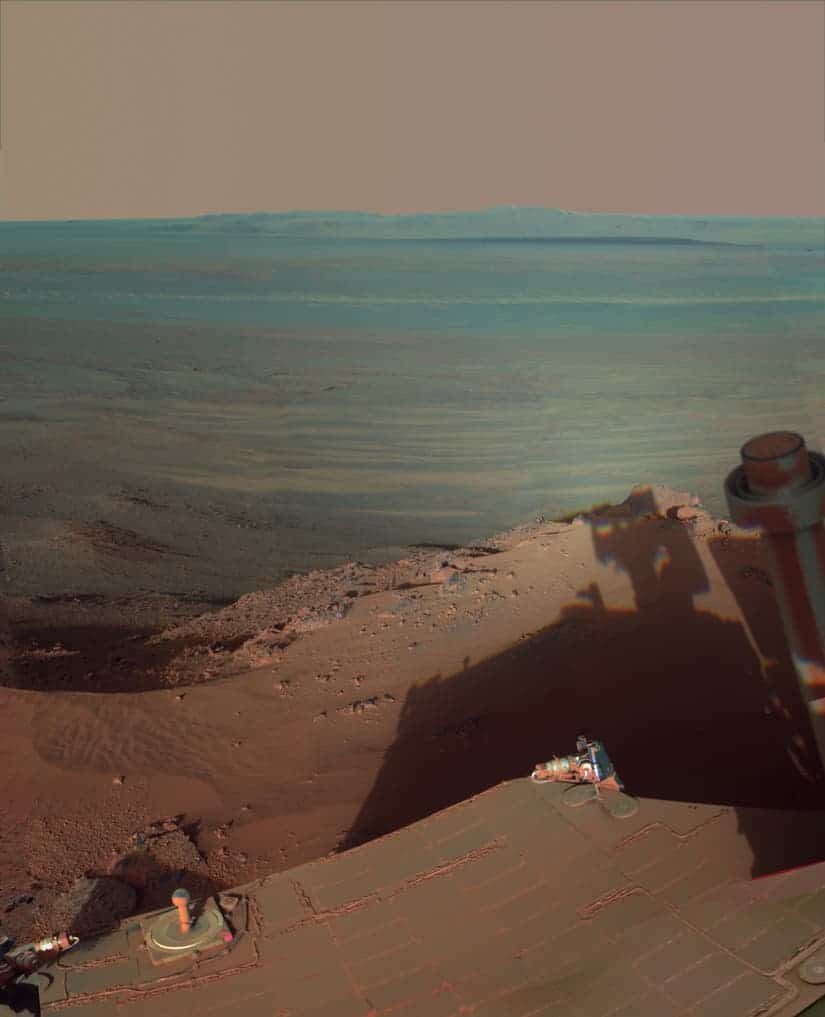 After a long and well deserved “hibernation”, the Mars Opportunity Rover was guided out of the rim of the massive Endeavour crater a few weeks ago, where it sat winter out. Before it left though, the Opportunity Rover used its panoramic camera to take about a dozen shots using an assortment of filters of its surroundings.

The images were transmitted back to Earth, where scientist assembled them into a complete photo, captioned right above.

“In order to give the mosaic a rectangular aspect, some small parts of the edges of the mosaic and sky were filled in with parts of an image acquired earlier as part of a 360-degree panorama from the same location,” NASA said.