Where the Great Wall of China Ends 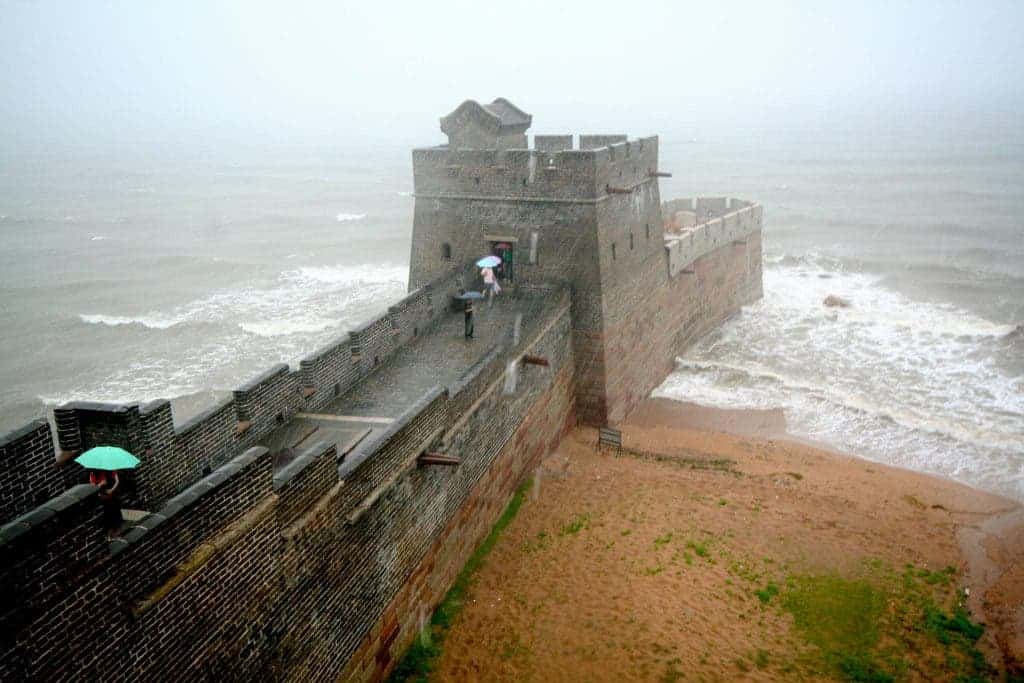 Especially famous is the wall built 220–206 bce by Qin Shi Huang, the first Emperor of China. Little of that wall remains, but since then, the wall has been rebuilt, improved and enhanced. The main role was to defend against invasions (especially from Mongolians), but also for the imposition of duties on goods transported along the Silk Road, regulation or encouragement of trade and the control of immigration and emigration. One of the earliest known references to this myth appears in a letter written in 1754 by the English antiquary William Stukeley. Stukeley wrote that, “This mighty wall of four score miles in length (Hadrian’s Wall) is only exceeded by the Chinese Wall, which makes a considerable figure upon the terrestrial globe, and may be discerned at the Moon.”

However, despite popular belief, the Great China Wall is not visible from the Moon. In 2001, Neil Armstrong stated about the view from Apollo 11:

“I do not believe that, at least with my eyes, there would be any man-made object that I could see. I have not yet found somebody who has told me they’ve seen the Wall of China from Earth orbit. …I’ve asked various people, particularly Shuttle guys, that have been many orbits around China in the daytime, and the ones I’ve talked to didn’t see it.”