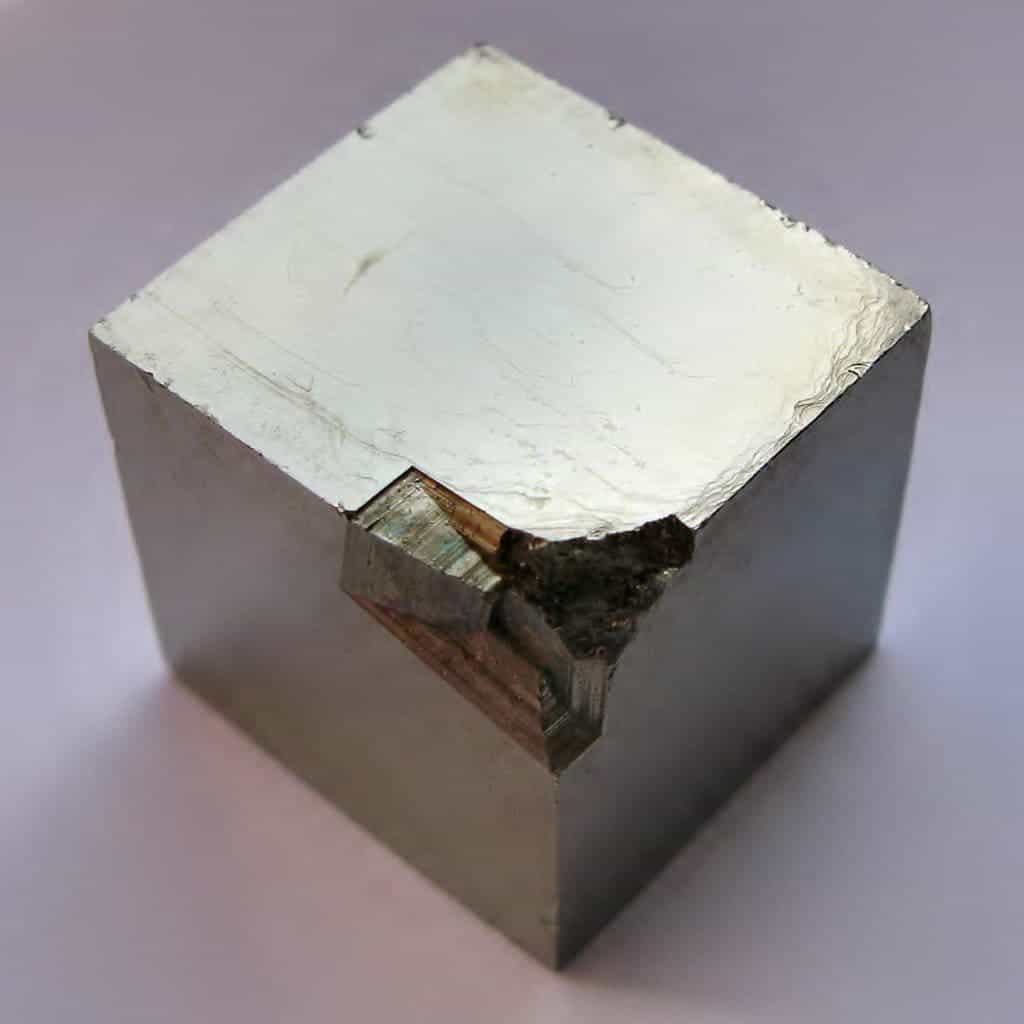 Quite an awesome picture of a single pyrite crystal, isn’t it? I always find it fun that when they see something like this, most people don’t think it’s natural, that it’s somehow man made or at the very least cut by man – but that’s not really how it works. Pyrite usually forms cuboid crystals, and sometimes they are purely cubical, with some small imperfections – like here on the corner, for example. That’s just the geometry of the molecules – they arrange themselves in a cubic frame.

Pyrite is the most common sulfide minerals. It’s metallic appearance and luster make it look somewhat like gold, which is why it’s occasionally called “fool’s gold”. Despite being nicknamed fool’s gold, pyrite is sometimes found in association with small quantities of gold.