GeoPicture of the Week: The Moon’s Geology

by Mihai Andrei
in GeoPicture
A A

It’s absolutely baffling that we’ve reached a level where we can not only study the geology of the Earth, but also that of other bodies in the solar system – in this case, the Moon. 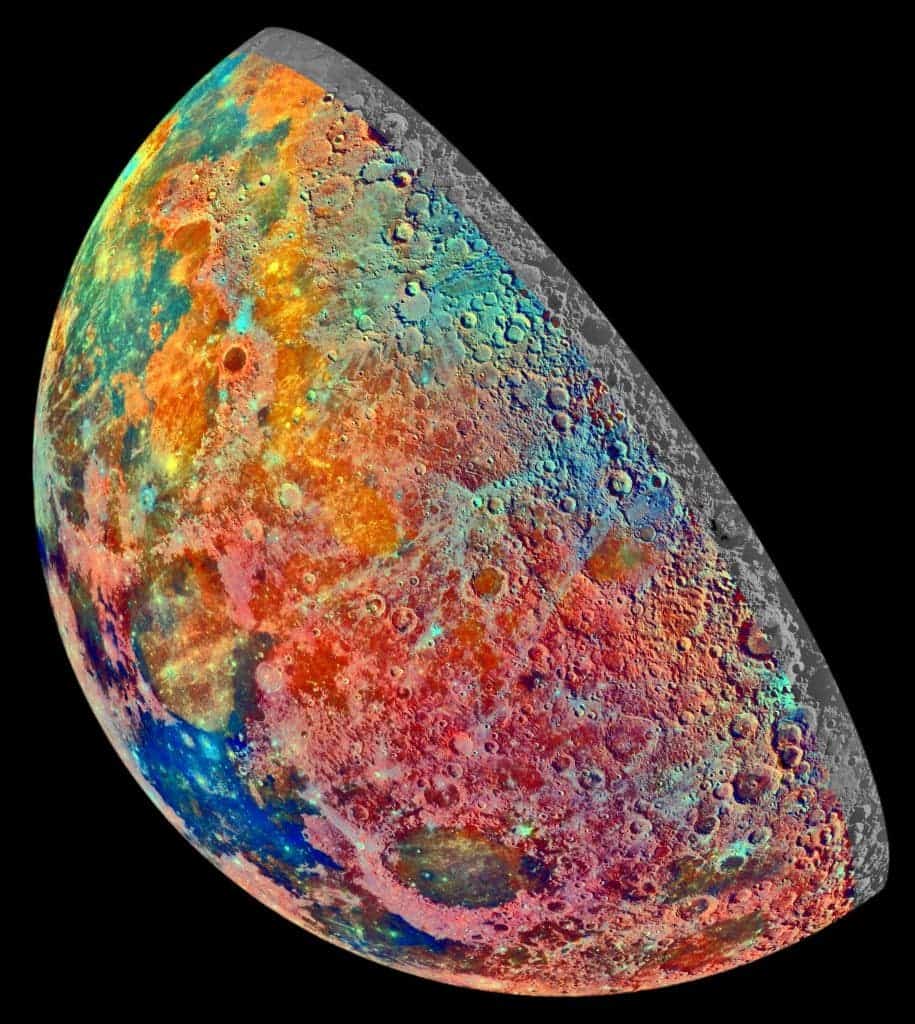 This is a false color mosaic constructed from a series of 53 images taken through three spectral filters by Galileo’s imaging system as the spacecraft flew over the northern regions of the Moon. The different colors show the compositional variations in parts of the Moon’s northern hemisphere. Bright pinkish areas are highlands materials, such as those surrounding the oval lava-filled Crisium impact basin toward the bottom of the picture. Blue to orange shades indicate volcanic lava flows. Light blue areas are thin, mineral-rich sources associated with recent impacts. The monochrome band on the right edge shows the unretouched surface of the moon. The same image, using different color filters, can be seen below: 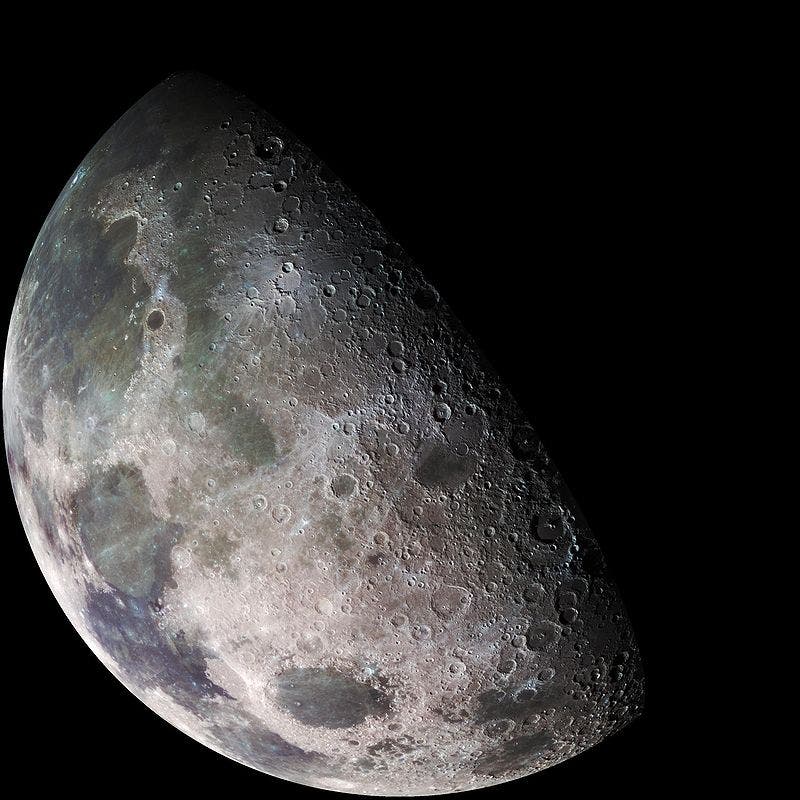