GeoPicture of the Week: Surfing on Lava. Literally 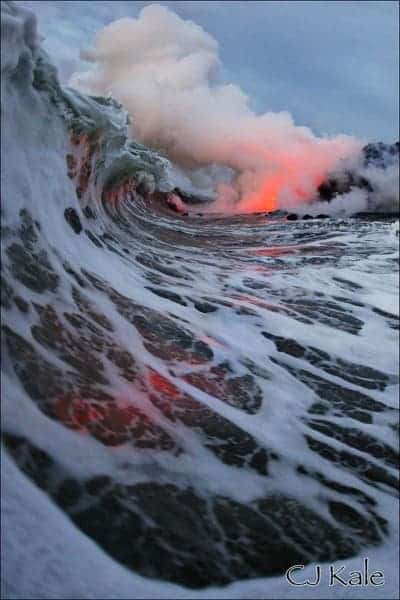 This is a lava wave. CJ Kale, an extreme nature photographer from the Big Island of Hawaii literally risked his life in order to take this magnificent shot. Here’s what he had to say about it:

This is the first ever photo taken surf photography style with the lava down the wave. I entered the 110 + degree water filled with volcanic glass and lava bombs to take the first ever lava shot taken from in the breaking waves. It was a shoot of a lifetime after 3 days in the water with the lava, the lava broke out and covered the entire beach.