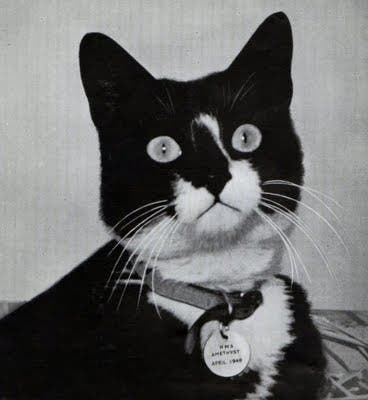 The black and white cat was originally named Oscar but then became known as Unsinkable Sam. He started his “career” in the fleet of the Nazi regime, the Kriegsmarine, and ended it in the Royal Navy. He was onboard Bismarck, the HMS Cossack, and the HMS Ark Royal, but here comes the cool part: while all those three ships sank, Sam survived them all.

Bismarck was the first of two Bismarck-class battleships built for Nazi Germany’s Kriegsmarine. Named after Chancellor Otto von Bismarck, the battleship was launched on 14 February 1939, measured 241 meters in length and weighed 41,700 tons. Bismarck was involved in a battle with The Prince of Wales, an allied battleship, where it was badly damaged, and became unmaneuverable.

Ultimately, the ship sank, and only 118 from its crew of over 2,200 survived. Hours later, Oscar was found floating on a board and picked up from the water — the only survivor to be rescued by the homeward-bound British destroyer HMS Cossack. The crew didn’t know the cat’s name and called him Oscar. It was then that Unsinkable Sam switched sides from the Nazi to the Allied forces, but his luck didn’t change all that much.

The cat served on board Cossack for the next few months as the ship carried out convoy escort duties in the Mediterranean and North Atlantic. Things went pretty smoothly for a brief period, but ultimately, the destroyer was badly damaged by a torpedo, and 139 members of its crew were killed.

On October 27th, 1941, a day after the tow was slipped, the Cossack sank to the west of Gibraltar, and Oscar was found clinging to a piece of plank. He made it through the ordeal and was brought to the shore establishment in Gibraltar. When they learned what happened, British officers changed his name to Unsinkable Sam — a fitting name for a cat that survived the sinking of two warships. But his adventure wasn’t over quite yet… 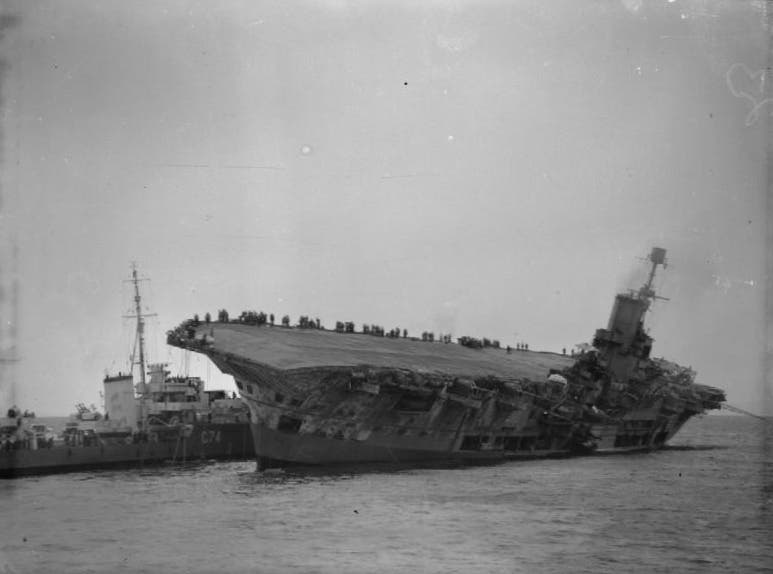 Unsinkable Sam was then adopted by the crew of the HMS Ark Royal — ironically, a ship that was instrumental in sinking the Bismarck. Ark Royal survived several near misses and gained a reputation as a ‘lucky ship’. The Germans incorrectly reported her as sunk on multiple occasions — the right place for Sam to be. But the luck didn’t last, and when returning from Malta on November 14th, 1941, this ship, too, was torpedoed, this time by a U-boat.

This time, Sam was found clinging to a floating plank by a motor launch, and described as “angry but quite unharmed”. But by this time, Sam had enough. He was transferred to a job on land and spent his days hunting mice in the building of the Governor General in Gibraltar. Eventually, he was sent back to the UK where he remained at a ‘Home for Sailors’ in Belfast until the end of his earthly days.

Some people question the veracity of Sam’s story, classing it as a ‘sea story’. Surviving the Bismarck sinking seems especially unlikely, as salvaging the crew was done in desperate conditions. Even so, I could easily imagine a British soldier taking the time to save the cat. 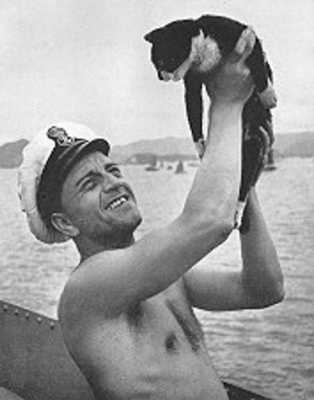 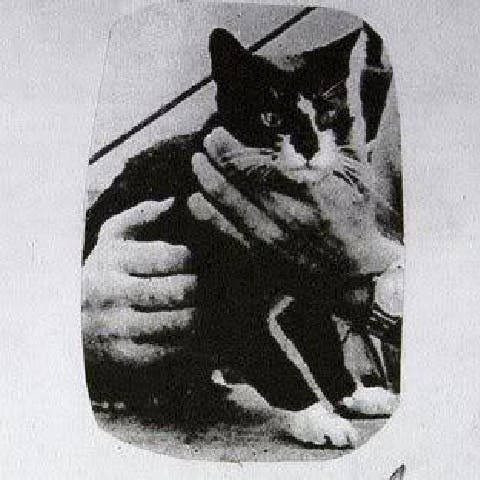 We don’t know if the story is true or not, but we’ll just take it as it is for now. Take it as you wish: as a legend or a myth, or the plain reality. The story checks out, as much as any story of this type could check out.

According to the story, Unsinkable Sam survived the destruction of three warships in World War II and lived happily until 1955. A pastel portrait of Sam (titled “Oscar, the Bismarck’s Cat”) by the artist Georgina Shaw-Baker is in the possession of the National Maritime Museum, Greenwich.

Oh, and as for Sam’s legacy, it goes to show that even in the most dire of circumstances, even as everything around you is crumbling down, you can still cling on to a piece of wood, get rescued, and move on to another ship and start over again. Or it goes to show that cats really do have 9 lives — all of which are absolutely worth living.