What is the longest river in the world? That’s surprisingly debatable

It depends on how you measure. By one account it's the Nile but others say that the Amazon is the longest river in the world.

Measuring the world’s longest river is actually not as simple as it sounds. The process is far more complicated than finding the source and the mouth then measuring the distance between them. Rivers often join together in river systems making it very difficult to pinpoint where an individual river begins and where it ends.

How do you measure a river? It’s not as simple as using a ruler

That’s still a gross oversimplification because, in practice, things can get very tricky. For instance, for most rivers, the mouth is easy to determine and measure, but for very large rivers like the Amazon, which flows into the ocean, placing the mouth can be less concrete — and can make all the difference in terms of river length. Another example of murky measurement is the Mississippi, whose headwaters are considered by the USGS to be Lake Itasca in Minnesota, yet if its longest tributary is taken into account (the Jefferson and Missouri rivers), it becomes three times as long.

I know what you’re thinking — get to the damn question already.

Well, there are two ways to think about the largest river. One is length, where the Nile takes the crown, and the other is volume, where the Amazon clearly stands out among all other river systems in the world.

The Nile — the longest river in the world

According to the U.S. National Park Service, the river Nile is the longest in the world, spanning 4,135 miles (6,650 kilometers). Though it mostly runs through Egypt, from its source in Burundi to its delta on the Mediterranean Sea, the Nile also passes through nine other African countries: Sudan, Eritrea, Ethiopia, Uganda, Kenya, Tanzania, Rwanda, Burundi and the Democratic Republic of Congo.

The biggest lake in Africa, Lake Victoria, was historically regarded as the source of the river Nile. A waterfall known as Ripon Falls on the northern edge of the lake pours water through a narrow opening, which many claim this to be the very beginning of the Nile. But if that’s the case, what’s the source of Ripon Falls? Lake Victoria is surrounded by mountains riddled with streams which tumble down into the lake. The largest tributary of Lake Victoria is the Kagera River, which has its headwater in Burundi. It is from here that the Nile is measured as the world’s longest river.

Some 300 million people depend on this river for their water supply and for food crop irrigation.

There’s even a dam that harnesses the Nile’s energy — the Aswan High Dam. After it was completed in 1970, for some years it used to provide half of the electricity demand of Egypt, though this figure has steadily decreased as the nation increased its electricity demand. It now supplies around 20% of the country’s electricity. The dam also controls summer flooding.

At the other side of the spectrum, officially, the shortest river is the D River in Oregon, USA, which is just 37 meters long.

The Amazon — the largest river in the world by water volume

It’s not even close: the Amazon is considered the 2nd longest river in the world, spanning 3,980 miles (6,400 kilometers). However, it holds the title of the world’s largest river by volume. On average, 120,000 cubic meters (about 20 swimming pools’ worth) of water flows out of its mouth every second. It contains a staggering 20% of the world’s fresh water supply. Some parts of the river can exceed 120 miles (190 kilometers) in width when the Amazon swells during the wet season. Even in dry conditions, the Amazon is so wide throughout its length that to this day, no bridge spans it.

From its source in Peru, the Amazon, or Rio Amazonas in Portuguese and Spanish, flows mostly through Brazil and empties into the Atlantic Ocean. The Amazon also forms the world’s largest river drainage basin that includes Brazil, Bolivia, Peru, Ecuador, and Colombia.

The source of the Amazon has also been hard to pin down over the centuries. Scientists and explorers have attempted to establish the river’s source ever since the 1600s. Over the years, five rivers in southwestern Peru were given the honor and for nearly a century the headwaters of the Apurímac River on Nevado Mismi was considered as the Amazon’s most distant source. But a 2014 study found it to be the Cordillera Rumi Cruz at the headwaters of the Mantaro River in Peru.

However, some geographers have disputed this — according to them, Mantaro stays dry for about five months of the year when the Tablachaca dam, built in 1974, diverts its water through a 12-mile (20 km) tunnel. And to make the dispute even more interesting, if the Mantaro River really is the source, that would add 47 to 57 miles (75 to 92 kilometers) to the length of the Amazon.

Does being the longest even matter? 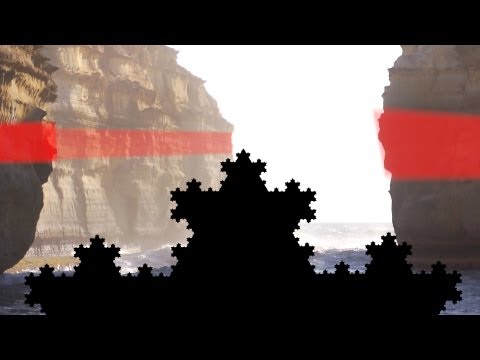 In 2007, Brazilian researchers announced they had identified a new source and a new mouth, measuring the Amazon 4,225 miles (6,800 kilometers) long and toppling the Nile as the longest river. The mouth of the Amazon is traditionally thought to be located on the north side of the Marajó Island, which is about the size of Switzerland. The rather hefty area means that the side of the island the mouth is on can matter a lot when measuring the Amazon’s length. The Brazilian study, which was not peer-reviewed and immediately proved controversial, put the mouth on the south side of the island to the Pará River then out into the ocean. After more recent studies, experts seem to agree that, although there’s indeed some of the Amazon’s water in the Pará, the latter river is distinct from the Amazon. The Nile is still king for now, but as new sources are discovered and mouth areas are redefined, the crown could get swapped between the two rivers — and possibly more than once.

At the end of the day, ‘the longest river’ title doesn’t even matter all that much. As the constant juggling of measurements throughout the centuries show, there will always be some researcher or team that will claim they’ve made some more precise readings. And of course they will — the coastline paradox states that measuring something with a complex geometry, such as a coastline is not possible because the length actually increases the more granular the measurement gets. Huh? I know that sounds shocking, but this counterintuitive concept has been proven mathematically and arises from the properties of fractal-like geometries, which includes rivers. Rivers have a lot of curves and the more you zoom in, the more bends and twists you see.

So, keeping the coastline paradox in mind, a lot of scientists have long ago stopped caring about measuring river length. What’s far more interesting and scientific — not to mention a lot easier and precise — is to look at the drainage area, which is an area of land where precipitation collects and drains off into a common outlet, such as into a river or a bay. By this measure, the Amazon is clearly the largest river in the world with a drainage area of 6.3 million square kilometers, while the Nile makes it only to the fifth spot, trailing behind Congo, the Mississippi, and the Ob.

What do you think?