How long before the world runs out of fossil fuels?

They won't run out during your lifetime, but there's a catch... 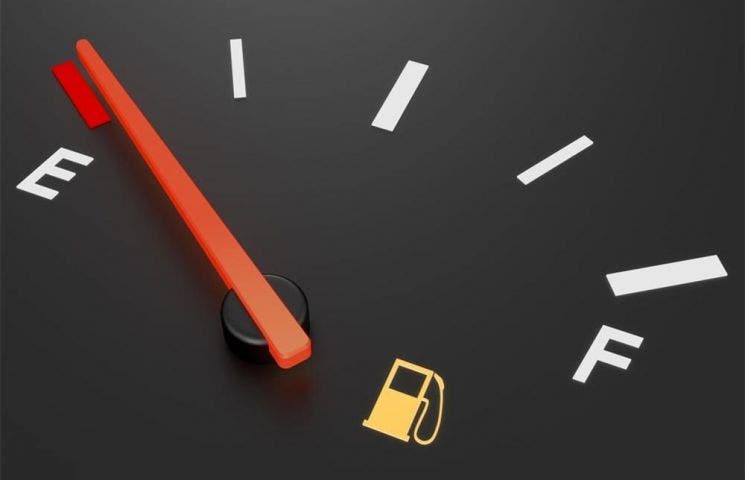 Fossil fuels are the main source of energy in the world, powering much of modern civilization as we know it, from transportation to industrial applications. But this paradigm can’t last forever.

Fossil fuels have formed over an extensive period of time from the remains of plants and animal that lived hundreds of millions of years ago. Humans have been using them in ample amounts since the 19th century and with our current rate of consumption, fossil fuel resources are depleting much faster than their formation. Naturally, the question arises: how long before we run out?

In the 1950s, geologist M. King Hubbert predicted that the world will experience an economically damaging scarcity of fossil fuels. This idea has remained in the collective consciousness as the Peak Oil theory, according to which the production of oil, as a finite resource, will peak at some point and ultimately decline and deplete. According to some researchers, Hubbert included, Peak Oil is already behind us, and we are now living in a decline.

So, how long before we run out of fossil fuels? In order to project how much time we have left before the world runs out of oil, gas, and coal, one method is measuring the R/P ratios — that is the ratio of reserves to current rates of production. At the current rates of production, oil will run out in 53 years, natural gas in 54, and coal in 110. This is bearing in mind a 2015 World Energy Outlook study by the International Energy Agency, which predicted fossil fuels will constitute 59% of the total primary energy demand in 2040, even despite aggressive climate action policies.

Other researchers, organizations, and governments have different deadlines for fossil fuel exhaustion, depending on the data and assumptions that they make, as well as political affiliation and interests. The American Petroleum Institute estimated in 1999 the world’s oil supply would be depleted between 2062 and 2094, assuming total world oil reserves at between 1.4 and 2 trillion barrels. In 2006, however, the Cambridge Energy Research Associates (CERA) predicted that 3.74 trillion barrels of oil remained in the Earth — three times the number estimated by peak oil proponents.

Is Peak Oil behind us? Not clear

While we know for sure that the exploitation of fossil fuels is limited, estimates can vary wildly because new deposits are sometimes found and new technology enables access to previously untapped oil or gas fields or allows more efficient extraction. So, the challenge in estimating a timescale for fossil fuel depletion lies in the fact that new resources are added fairly regularly. Therefore, we have to keep in mind that all of these estimates are based on R/P ratios and thereby only consider proven reserves, not probable or possible reserves of resources. For instance, in 1980, the R/P ratio suggested only 32 years of oil production from existing reserves.

A 1977 report issued by the Energy Information Administration concluded that the United States could only access 32 billion barrels of oil reserves and 207 trillion cubic feet of natural gas reserves. But from then to 2010, the country extracted 84 billion barrels of oil (2.6 times more than the initial estimate) and 610 trillion cubic feet of gas (2.9 times the initial reserve estimate). What’s more, reserves are growing. Today, the U.S. has increased the size of its reserves by a third since 2011 thanks to horizontal drilling and hydraulic fracking which enable access to oil and gas trapped in underground rock formation. Previously, it wasn’t economically feasible to extract these resources.

As technology continues to improve, both governments and oil & gas companies will be able to access new reserves — some that can’t currently be exploited and others that are still unidentified.

Japan, for instance, is planning to one day extract methane from undersea hydrate deposits — these types of deposits may contain more than twice the amount of carbon as Earth’s fossil fuels. Elsewhere, climate change is opening corridors in the Arctic — ironically facilitated by the burning of fossil fuels — that enable extraction of oil that was previously logistically impossible to undertake. It was Russian company Gazprom that brought home the first barrels of oil from the Arctic in 2014, and more have followed since. Again Russia, this time in partnership with France’s Total and China’s CNPC, wants to start drilling the Arctic in 2019 for natural gas. The $27 billion plant is expected to extract 16.5 million tonnes of natural gas per year.

Keep the oil in the soil

Some might fear that we’ll run out of oil and coal before we get the chance to replace them with renewable energy, thereby triggering a planetary-wide collapse of human civilization. But that’s an unlikely scenario. First of all, if we burn even 50% of the world’s reserves, we’re screwed. Forget about the prospect of not being able to turn the lights for a second, and think greater perils: runaway climate change.

Despite having used only a small fraction of fossil fuels, the planet’s atmosphere is already around one degree Celsius warmer on average than it was prior to the Industrial Revolution. A 2016 study published in Nature Climate Change assessed what would happen if we burned all the fossil fuels known to exist on Earth. Assuming a scenario where there are no efforts to curb global warming, by 2300 CO2 would stabilize at roughly 2,000 parts per million (ppm), five times higher than today’s level (~408ppm) — resulting in a total of 5tn tons of carbon dioxide finding its way into the atmosphere. In this nightmare scenario, global average temperatures would be pushed by 8 degrees Celsius past Industrial levels, with the Arctic bearing the grunt of warming, experiencing temperatures rising by as much as 17 degrees Celsius.

As such, the limiting factor on humans’ fossil fuel use is not the depletion of recoverable fossil fuels, but the crossing of a dangerous threshold past which the planet is no longer able to withstand the byproducts of burning fossil fuels.

Knowing oil and gas won’t ever run out in your lifetime shouldn’t be an excuse to keep using them. Rather, knowing this, we should all take action to ensure that our children and grandchildren actually have a future.