Featured Researchers: This Week in Science #40 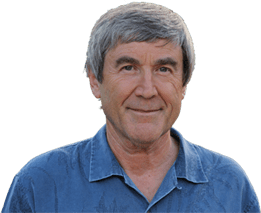 Article
Featured Researcher: Paul Davies
Affiliation ASU’s Center for Convergence of Physical Science and Cancer Biology
Research Interests: Davies’s research interests are focused on the “big questions” of existence, ranging from the origin of the universe to the origin of life, and include the nature of time, the search for life in the universe and foundational questions in quantum mechanics. He helped create the theory of quantum fields in curved spacetime, with which he provided explanations for how black holes can radiate energy, and what caused the ripples in the cosmic afterglow of the big bang. In astrobiology, he was a forerunner of the theory that life on Earth may have come from Mars. He is currently championing the theory that Earth may host a shadow biosphere of alternative life forms.

Chimps Pass down Skills to Peers and Establish Cultures

Article
Featured Researcher:  Cat Hobaiter
Affiliation: St. Andrews School of Psychology and Neuroscience
Research Interests: I study the evolution of communication and social behaviour, in particular through long-term field studies of wild chimpanzees. During my PhD I conducted the first systematic study of gestural communication in a wild ape, working in the Budongo Forest Reserve in Uganda with the Sonso chimpanzee community. We have recently extended this research to include multi-modal communication. Like humans, apes do not gesture or vocalize in isolation – their communication combines calls, gestures, facial expressions, and body postures; in order to better understand their communication and cognition we have integrated the study of all of these separate modalities into a single study of communication. Through this work we hope not only to advance our understanding of great ape communication but also by looking at areas of overlap or species specific traits, we hope to gain an understanding of the evolutionary origins of language.

Article
Featured Researcher:  Jeff Leach
Affiliation: Human Food Project
Research Interests: Jeff’s interest in modern diet and the gut microbiome began almost a decade ago when his daughter was diagnosed with type 1 diabetes. As with other autoimmune diseases, an underlying genetic susceptibility must exist for type 1 diabetes to manifest but an environmental component (trigger) is necessary. With advances in metagenomics and huge government initiatives like the recently completed Human Microbiome Project, its becoming increasingly clear that the gut microbiome plays a significant if not causal role in the development of type 1 diabetes, other autoimmune diseases, and modern (ecological) diseases in general.

In an effort to raise awareness about the changes in human ecology that have given rise to diseases of the modern world, Jeff launched the Human Food Project to blur the line between the science and the general public. 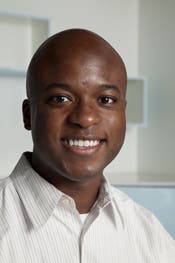 Article
Featured Researcher:  John O. Dabiri
Affiliation: Biological Propulsion Laboratory, Caltech
Research Interests: John Dabiri is a Professor of Aeronautics and Bioengineering at Caltech and a 2010 MacArthur Fellow. He graduated from Princeton University with a B.S.E. degree summa cum laude in Mechanical and Aerospace Engineering in 2001. He came to Caltech as a National Defense Science and Engineering Graduate Fellow, Gordon and Betty Moore Fellow, and Y.C. Fung Fellow in Bioengineering, earning an M.S. degree in Aeronautics in 2003, followed by a Ph.D. in Bioengineering with a minor in Aeronautics in 2005. He subsequently joined the Caltech faculty. His honors include an Office of Naval Research Young Investigator Award and a Presidential Early Career Award for Scientists and Engineers (PECASE) for his research in bio-inspired propulsion. Popular Science magazine named him one of its “Brilliant 10” scientists in 2008. For his research in bio-inspired wind energy, Bloomberg Businessweek magazine listed him among its Technology Innovators in 2012, and the MIT Technology Review magazine named him one of its 35 innovators under 35 in 2013. In 2014, he was elected a Fellow of the American Physical Society. He served as the Chair of the Faculty at Caltech from 2013-2014, and he is currently the Dean of Undergraduate Students.

Mantis Shrimp Can See Cancer. Researchers have Invented a Camera that Does the Same 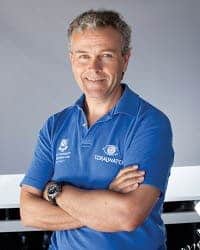 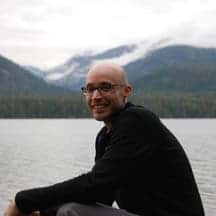