An innovative research posits that cancer may actually be a sort of 'safe mode' mechanism, akin to how a computer's operating system reverts back to safe settings to preserve itself, which evolved shortly following the first single celled organisms. The research was made by an unlikely team of scientists: an oncologist, an astrobiologist and a cosmologist. If the findings are right, then cancer may be fought off more effectively using oxygen treatments and infection with viral or bacterial agents.

by Tibi Puiu
in Diseases, Health & Medicine, News, Physics
A A

An innovative research posits that cancer may actually be a sort of ‘safe mode’ mechanism, akin to how a computer’s operating system reverts back to safe settings to preserve itself, which evolved shortly following the first single celled organisms. The research was made by an unlikely team of scientists: an oncologist, an astrobiologist and a cosmologist. If the findings are right, then cancer may be fought off more effectively using oxygen treatments and infection with viral or bacterial agents.

The physics of cancer

A couple of years ago, Paul Davies, a cosmologist at Arizona State University in Tempe (A.S.U.), was invited to open a new institute that converges  physical scientists and oncologists to find alternative ways to beat cancer. One might think that physics has nothing to do with cancer, but it’s exactly this kind of out of the box thinking that might render spectacular results.

Along with  Charley Lineweaver, an astrobiologist at The Australian National University in Canberra, and Mark Vincent, an oncologist at the London Health Sciences Center in Ontario, Davies came up with “atavistic” model that suggests cancer is actually a reexperession of an ancient programmed trait that has laid dormant for millions of years, according to the paper published in BioEssays.

There are more than 100 different types of cancer which harm the body when damaged cells divide uncontrollably to form lumps or masses of tissue called tumors. But how did cancer surface and when? The question seems similar to a more underlying, fundamental question: how did the universe came to be? It’s best to look at the broader picture, and this is where the researchers started. Cancer doesn’t only affect humans or mammals; it also appears in plants and other animals. This insight suggests it must have evolved hundreds of millions of years ago from a point where all cancer vulnerable organisms share a common ancestor. This ancestor would have been a single celled organism, whose cells benefited from immortality, or the ability to proliferate unchecked, as cancer does. Cell immortality, however, was lost when complex organisms evolved, becoming outsourced to the egg and sperm.

Somatic cells – the kind that aren’t involved in reproduction – have thus lost this ability, yet the researchers theorize that when faced with an environmental threat, like radiation for instance, the cell might revert to a preprogrammed safe mode. The cells thus regain their ability to proliferate indefinitely, without knowing that in doing so they’re actually killing their host organism.

“Cancer is a fail-safe,” Davies remarks. “Once the subroutine is triggered, it implements its program ruthlessly.”

Most efforts focus on disabling cancer’s ability to reproduce, but if the atavistic model is right then there’s a “cancer’s Achilles’ heel,” as Davies puts it, which could be exploited instead. The model assumes that cancer evolved shortly after life appeared, during a time when the Earth was much different than it is today. The environment was very acidic and the atmosphere contained little oxygen. The model, thus, predicts if cancer is exposed to high levels of oxygen or if we reduce sugar in the diet to lower acidity, then cancer spread will dwindle and tumors will shrink.

“It almost looks too easy,” Balestra says. “Our preliminary results seem to show that supplying a little extra oxygen for one or two hours a day, in combination with other traditional cancer therapies, would benefit patients without any harsh side effects.”

Another route is intentionally infecting patients with  bacterial or viral agents to artificially boost the immune system. There’s more to the method than just boosting immune cells – the atavistic model predicts cancer cells are more vulnerable to infectious agents than healthy cells since these loose protective functionality when reverting to safe mode. Subsequent research will set out to test their theory.

Until then, however, there’s more important step the researchers need to take to test their model. Because cancer is predicted to surface due to a primitive function, this would entail that more advanced genes should lose function. To test this assumption, the team  cross-referencing data from the cancer genome atlas, a glossary of all the genes involved in cancer, with other databases that classify all the genes we as humans have in common with other organisms. If they can find a correlation between gene age and cancer, then the model would be strengthened.

“Combining the two data sets hasn’t been done before,” Davies says. “But it’s essentially a data-mining exercise that doesn’t take much money and it’s something we’re working on now.”

The whole world hopes that Davies and team are right. If so, a whole new dimension of research planning might unfold before our very eyes. 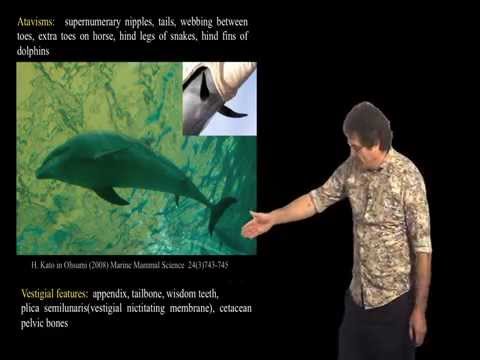