by Mihai Andrei
in Design
A A

China has drawn most of its modern technology from the West, but now, as the balance of power is starting to shift, China will have to innovate and start developing its own ideas. In a recent contest, the city of Shenzhen went looking for creative proposals for a financial district which would include three skyscrapers, several cultural buildings, and a green space linking it all together. The city hosts 15 million inhabitants, so they want something which can outshine even New York or London’s Canary Wharf. 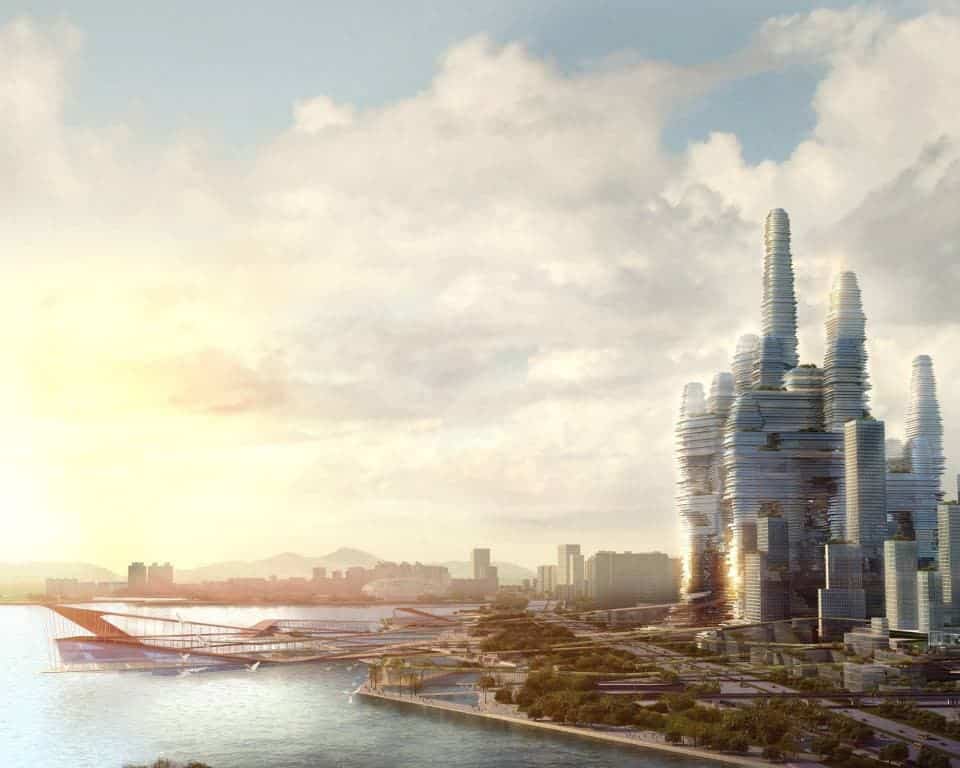 The co-winning design was a complex called Cloud Citizen – a massive design that’s about as wide as it is tall. The structure is unique, forming a fused city skyline boasting with three towers—the tallest of which would be the second highest in the world at 680 meters. The towers will be connected through a series of giant floating skyways.

“The proposal consists instead of one connected mega structure creating a third dimension of the city reaching 680 meters into the sky. Suspended public plazas and roads creates identity and acts as a catalyst for surrounding small and big businesses inspired by the bustling Hutong lifestyle. Public plazas are connected with a park that acts like a green lung and communication network in all three dimensions”, designers write on the project’s Facebook page. 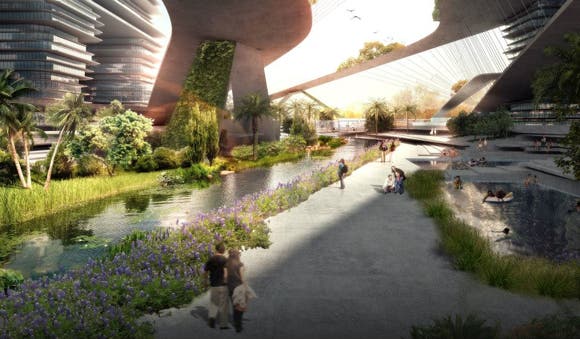 But the project is more than just a massive building – it’s a sustainable urban ecosystem. The structure harvests rainwater which it then uses, and will be powered by the sun, wind, and algae; it also stores carbon and filters particles from the air. There will be places to grow farm food, sanctuaries for wild plants and sheltered “sky parks” – areas where visitors and workers can recreate.

So will this amazing concept actually see the light of day? Yes! But will it see the light of day exactly as it’s designed? That’s still not clear. The contest administrators and urban planners said the final plan will need “further consideration” and only be “implemented after approval by the statutory procedures.” This could mean several things – it could be implemented exactly as it is after further checks or, more likely, it will be changed. How much it will have to change is anybody’s guess right now, but I assume the fundamentals will remain the same. In other words, unless the design is fundamentally flawed or there’s some structural error, I assume it will remain the same, with only some functionalities changing. 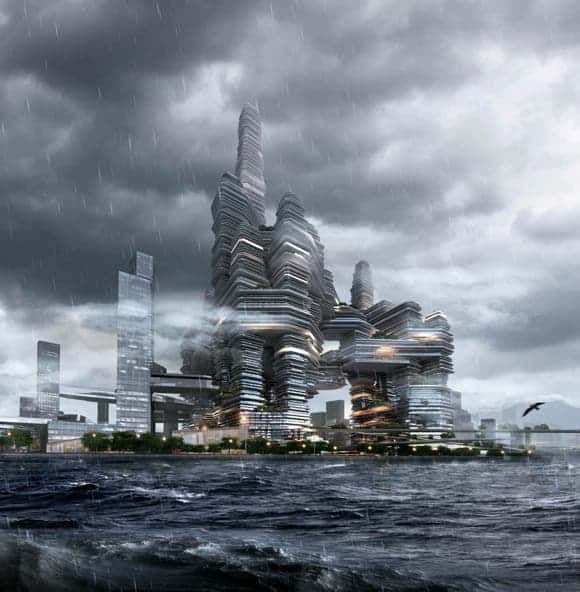 Still, it’s incredibly refreshing to see China turning its head towards the future. Concepts like this which are both spectacular, massive and sustainable seem to be the way to go for massive centers, and you can enjoy the sketches of the Cloud Citizen in its full glory – before authorities start cutting some of the features.