by Tibi Puiu
in Offbeat, Other 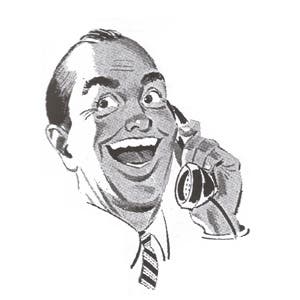 Censorship and filtering has been a long time practice used by Chinese authorities, and it’s a known fact that you have to be careful what to say or more importantly to whom you say it when in China. Like most of you are probably aware there’s a whole wave of protest sweeping through the arab world, which seems to have propagated globally though a lot of semi-totalitarian states, including China. This may explain why an act of paranoia officials have started filtering phone calls for the world “protest” be it in English or Chinese dialect and consequently cut off calls containing the word.

Not even quoting Shakespeare won’t cut you any slack. Writing for the NY Times Sharon LaFraniere and David Barboza reports:

A Beijing entrepreneur, discussing restaurant choices with his fiancée over their cellphones last week, quoted Queen Gertrude’s response to Hamlet: “The lady doth protest too much, methinks.” The second time he said the word “protest,” her phone cut off.

He spoke English, but another caller, repeating the same phrase on Monday in Chinese over a different phone, was also cut off in midsentence.

A host of evidence over the past several weeks shows that Chinese authorities are more determined than ever to police cellphone calls, electronic messages, e-mail and access to the Internet in order to smother any hint of antigovernment sentiment. In the cat-and-mouse game that characterizes electronic communications here, analysts suggest that the cat is getting bigger, especially since revolts began to ricochet through the Middle East and North Africa, and homegrown efforts to organize protests in China began to circulate on the Internet about a month ago.

This is just on the heels of a recent China firewall play on Google, when gmail.com service was disrupt, albeit in an original fashion made to look like the service is having issues on the Google side. Of course, spokesmen from the country’s foreign ministry denied the accusation and called it “unacceptable”. Popular sites like Facebook, Twitter and YouTube have long been censored in China.