At the age of 7, surrealist genius Salvador Dali wanted to become a chef. It's a good thing he didn't.

by Mihai Andrei
in Art, Offbeat
Reading Time: 3 mins read
A A
Share on FacebookShare on TwitterSubmit to Reddit 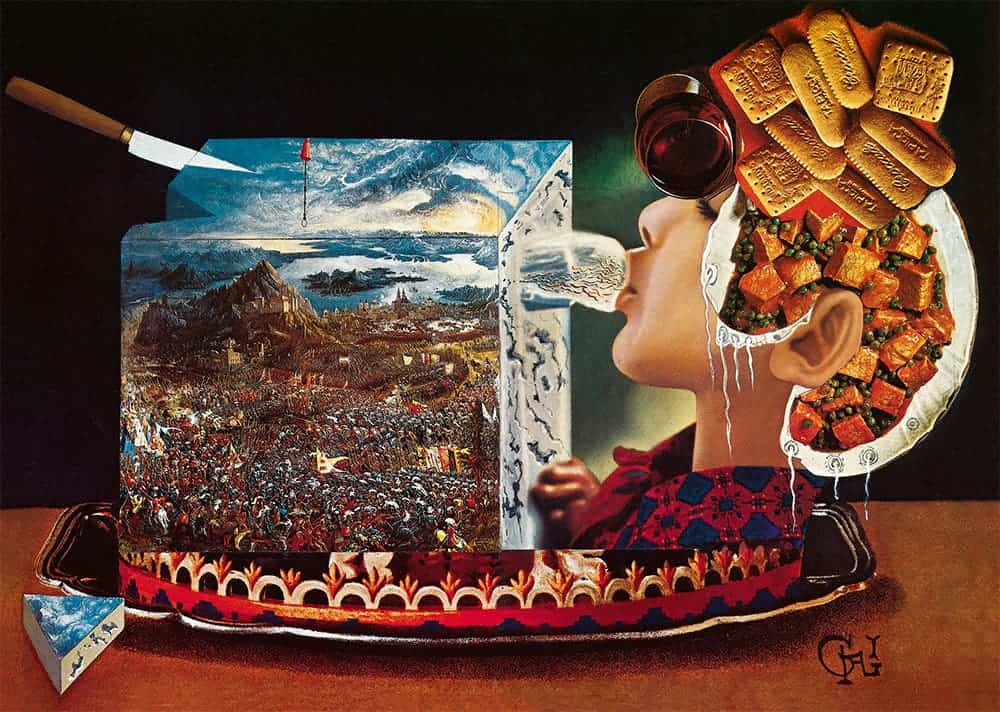 At the age of 7, surrealist genius Salvador Dali wanted to become a chef. Life had other plans for him and instead he dedicated his life to art, but never forgot his passion for cooking. In fact, throwing outrageously lavish feasts with his wife Gala was one of his favorite past times – they often included outlandish costumes and wild animals walking around the table. In 1973, the artist published Les Diners de Gala (the dinners of Gala), a one-of-a-kind cookbook which included recipes like “Thousand Year Old Eggs”, “Veal Cutlets Stuffed With Snails”, “Frog Pasties”, and “Toffee with Pine Cones”. 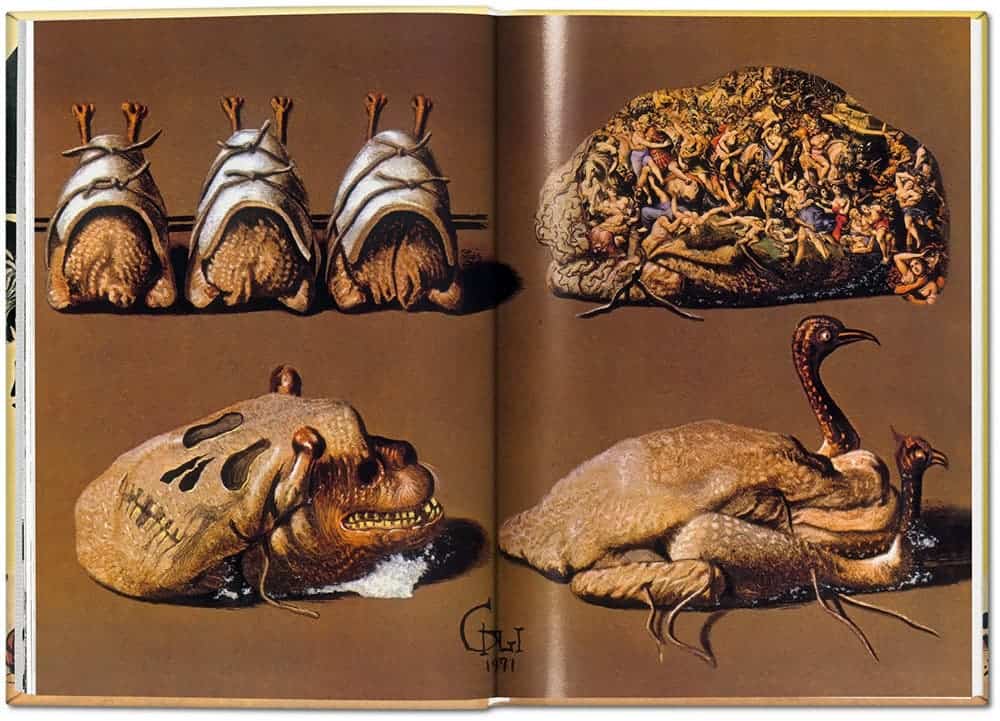 But despite the unusual names, drawings, and ingredients, this is a genuine cookbook, with several of his recipes still being present in top restaurants in Paris. It’s a hedonistic testament, an ode to the senses of taste and smell. The book warns “calorie-counter” to not buy this book.

“We would like to state clearly that, beginning with the very first recipes, Les Diners de Gala, with its precepts and its illustrations, is uniquely devoted to the pleasures of Taste. Don’t look for dietetic formulas here.”

“We intend to ignore those charts and tables in which chemistry takes the place of gastronomy. If you are a disciple of one of those calorie-counters who turn the joys of eating into a form of punishment, close this book at once; it is too lively, too aggressive, and far too impertinent for you.” 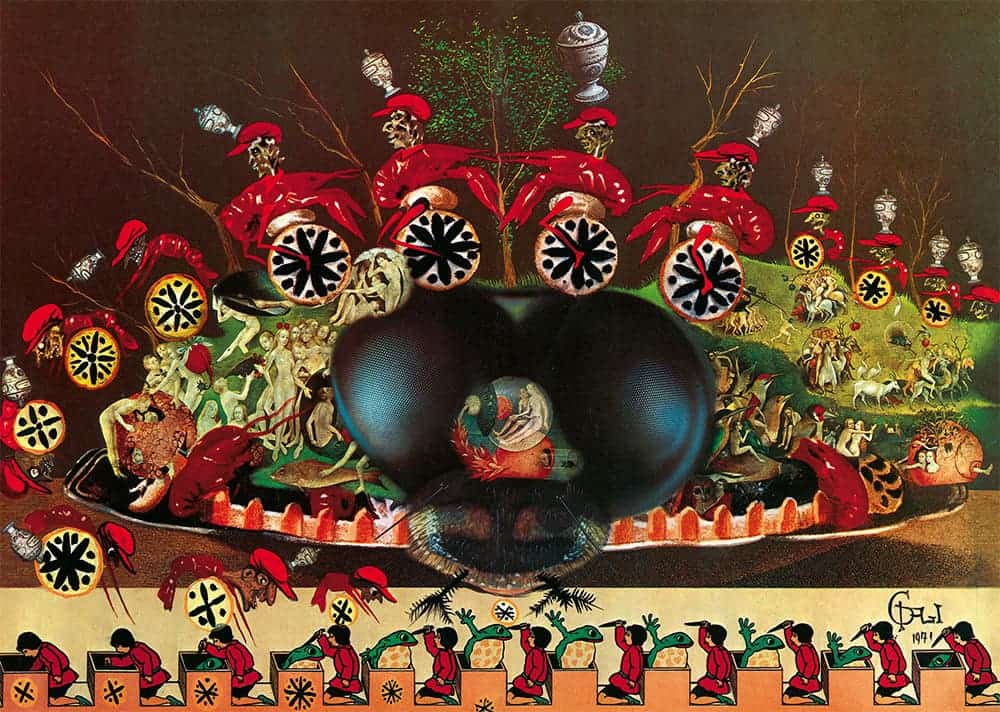 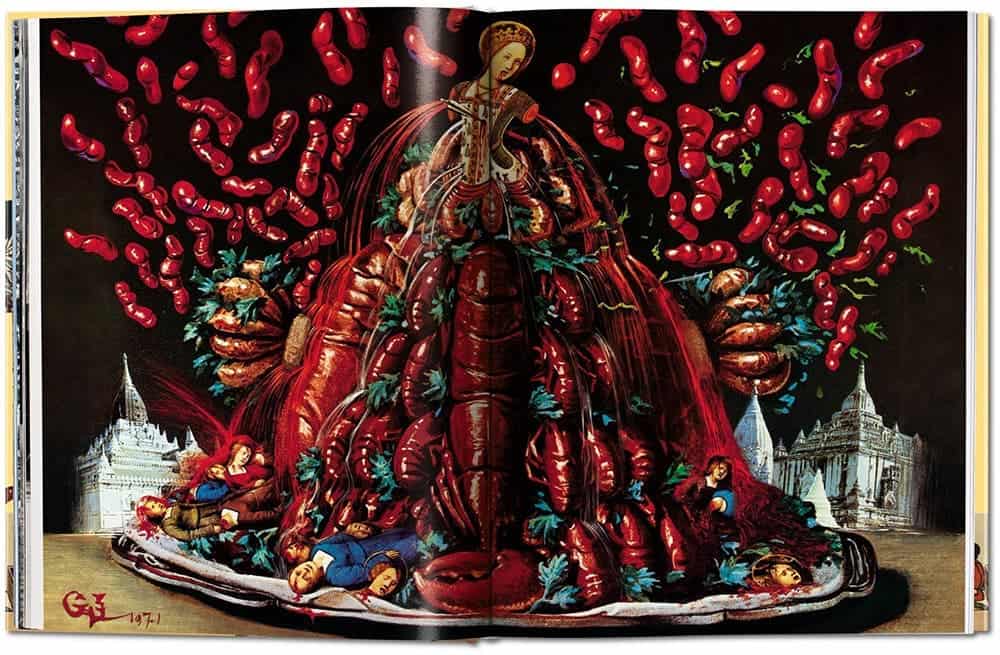 The book includes 136 recipes divided into 12 chapters, and as you’d expect, one chapter is completely dedicated to aphrodisiacs. Dali also inserted numerous musings into this book, his ideas and philosophy of life. It’s a fairly rare glimpse into the intricate and strange mind of the artist. The good thing is that

“All these rich recipes can be cooked at home, although some will require practiced skill and a well-stocked pantry,” the book’s Amazon page reads. “This is cuisine of the old school, with meals by leading French chefs from such stellar Paris restaurants as Lasserre, La Tour d’Argent, Maxim’s, and Le Train Bleu. Good taste, however voluptuous, never goes out of fashion. In making this exceptionally rare book available to a wide audience, TASCHEN brings an artwork, a practical cookbook, and a multisensory adventure to today’s kitchens.” 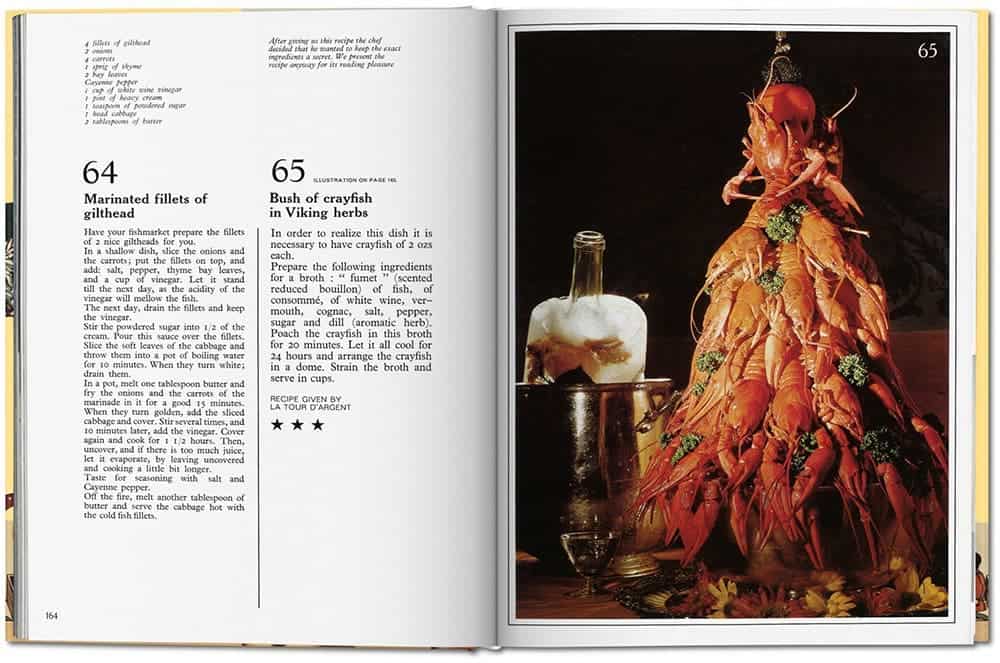 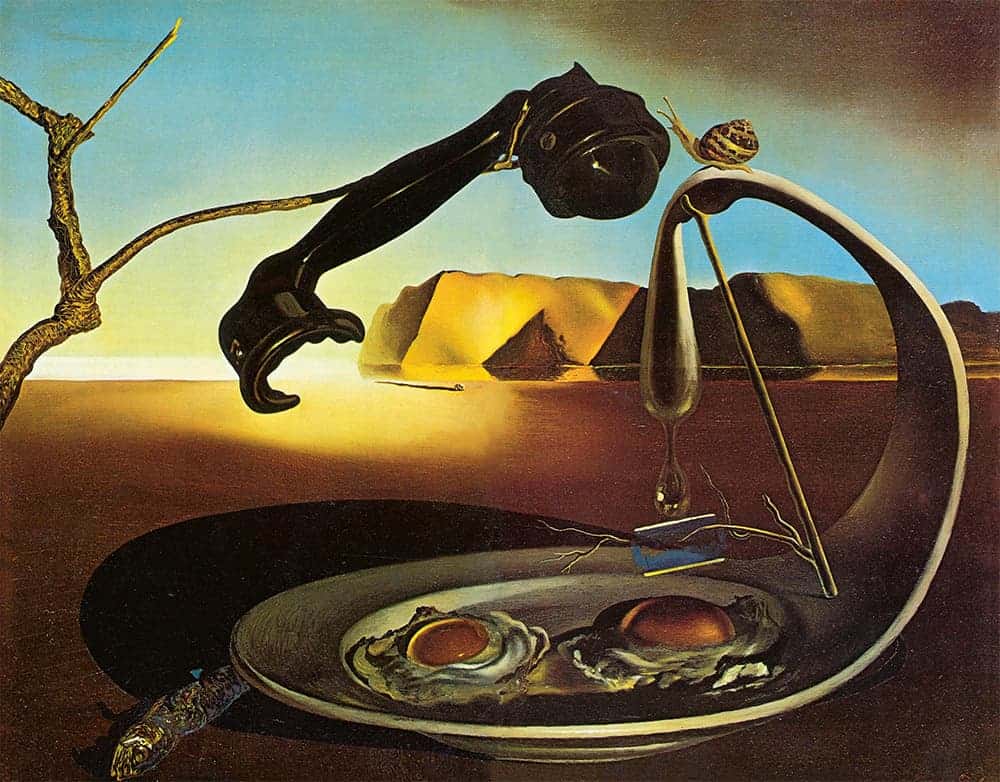 There are currently only 400 copies of the book and they go for obscene prices at auctions, which is why publisher Taschen is reissuing it. It’s currently available for pre-order.