You should know that, among others, Bayer bought prisoners in WWII in order to experiment on them

You’ve heard about Bayer, right? They’re one of the biggest pharmaceutical companies in the world, most famous for inventing aspirin. But what most people don’t know about them is that they have a long and shady history. For starters, during World War II they bought patients from Auschwitz with the purpose of using them as guinea pigs to test their drugs on. Bayer was then a subsidiary of IG Farben, one of the many pharmaceutical companies that worked side by side with the Nazis.

But that’s not all they did. As we wrote in a previous post, they also invented a little product they called heroine, which was supposed to make you ‘heroic’, as Bayer branded it — though it is well known by now that the result is quite the opposite. Furthermore, if you want to talk about their great discovery — let’s say a word about aspirin. Aspirin was actually discovered by a man called Arthur Eichengrün, who was of Jewish descent. Of course, the Nazi CEOs at the time didn’t want to admit their biggest discovery was made by a Jew, so they ‘removed’ all of his contributions. What, still not good enough for you? Wait, there’s more! 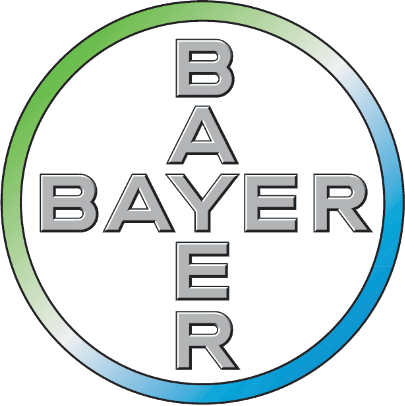 From 1970 to 1985, Bayer can be held responsible for 6.000 to 10.000 hemophiliacs being infected with HIV and hepatitis C, due to contaminated hemophilia blood products which somehow got delivered to patients. How did this happen? Well, Bayer extracted blood from high-risk populations including former prisoners, homosexual men, injection-drug users, and plasmapheresis facilities in prisons and delivered it to those who needed blood. However, choosing healthy populations was extremely important, then more than now, because back then they couldn’t screen out HIV; as a result, thousands of people got infected with this lethal disease.

In October 2001, Bayer did it again; 24 children from the remote village of Tauccamarca, Peru were killed, and 18 other were severely poisoned after drinking a powdered milk substitute which somehow got mixed with insecticide. How this happened… nobody knows to this day.

Bayer did a lot of questionable stuff in agriculture too: in August 2006, it became clear that the United States rice crop was altered with unapproved genetically engineered Bayer CropScience rice — it is still unclear just how much altered rice we are talking about. Numerous beekeepers claim that Bayer’s seed treatment imidacloprid kills honeybees, and many of them have sued Bayer and France banned the product altogether.

Even more recently, Bayer started campaigns of false advertising; for example, they claimed that selenium in Men’s One-A-Day multivitamins might reduce the risk of prostate cancer – which turned out to be false.

Now, just to be clear – I’m not saying Bayer are evil, or they are worse than other companies — but you should know who you’re buying medicine from, and you should know about big companies’ history, be they pharmaceutical or any other type.