Two-thirds of new energy installed in 2019 was renewable

by Alexandru Micu
in Environment, Health & Medicine, News, Renewable Energy
Reading Time: 2 mins read
A A
Share on FacebookShare on TwitterSubmit to Reddit

And a third of the world’s energy is being generated renewably!

The International Renewable Energy Agency (IRENA) has released a new report showing that renewable energy represented two-thirds of the added power throughout 2018. This has also pushed its share of the total world capacity up to around one-third.

“Through its compelling business case, renewable energy has established itself as the technology of choice for new power generation capacity,” the director of IRENA, Adnan Z. Amin explained. 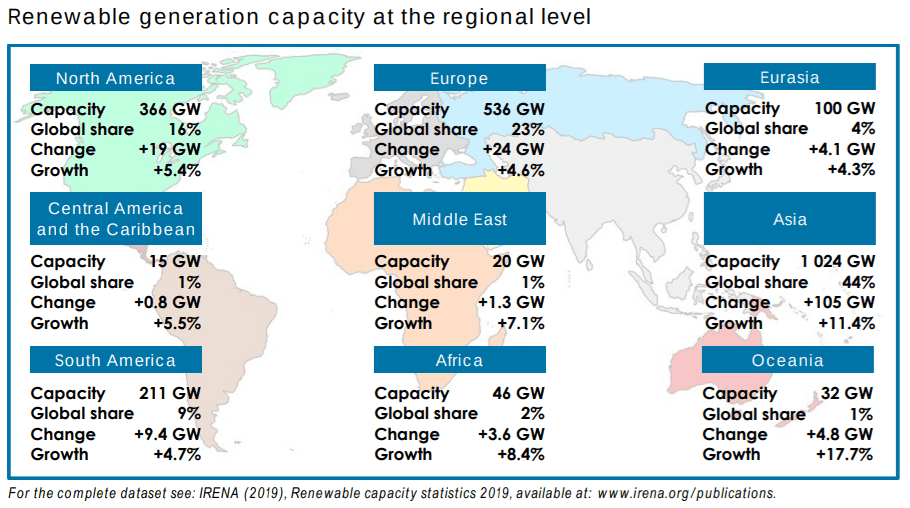 Wind and solar energy saw the sharpest increases among all renewable sources in 2018. In fact, they saw the two largest increases among all types of energy sources. Technological improvements are making them cheaper to install and more reliable, as well as easier to access. Wind energy rose by around 49 GW while solar energy saw an increase of 94 GW.

Bioenergy was expanded in China and the UK, while geothermal energy had success in Turkey, Indonesia, and the United States. Hydropower remains the single largest generator of renewable energy, although its growth has been in steady decline for several years.

This is excellent news. Renewable energy has seen a steady rise over the last four to five years and this report shows that trend is holding firm. Amin agrees that we’re on the right track, but thinks that we’re still moving too slowly to reach our climate goals.

IRENA’s “Renewable Energy Capacity Statistics 2019” report can be downloaded on their page here.