by Tibi Puiu
in Health & Medicine, Robotics, Technology
A A
Share on FacebookShare on TwitterSubmit to Reddit 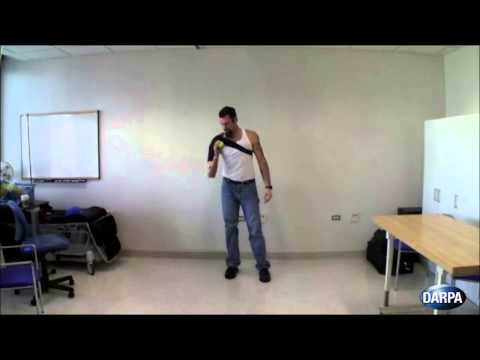 The prosthetic’s joint control is astonishing, offering the amputee a level of control that is remarkably close to a real limb. It works by using signals from nerves or muscles to both control prosthetics and to provide direct sensory feedback.

“Although the current generation of brain, or cortical, interfaces have been used to control many degrees of freedom in an advanced prosthesis, researchers are still working on improving their long-term viability and performance,” said Jack Judy, DARPA program manager. “The novel peripheral interfaces developed under RE-NET are approaching the level of control demonstrated by cortical interfaces and have better biotic and abiotic performance and reliability. Because implanting them is a lower risk and less invasive procedure, peripheral interfaces offer greater potential than penetrating cortical electrodes for near-term treatment of amputees. RE-NET program advances are already being made available to injured warfighters in clinical settings.”

Since 2000, more than 2,000 servicemembers have suffered amputated limbs.