Is sleepwalking genetic? Study suggests it runs in the family 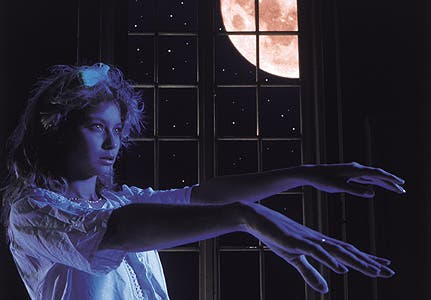 A team at Hopital du Sacre-Coeur de Montreal  analysed sleep data from a group of 1,940 children born in Quebec in 1997 and 1998 and studied in 1999 to 2011. Parents had to fill out a questionnaire in which they detailed their own sleep patterns, but also those of their children. The researchers focused on sleepwalking and sleep terror incidents. Sleep terrors are episodes of screaming, intense fear and flailing while still asleep. These are considered to be distinct from nightmares and linked to sleep walking.

When people sleep walk, they’re carrying all sort of complex activities like opening fridges, dancing, whatever. Occasionally nonsensical talking may occur while sleepwalking. The person’s eyes are commonly open but have a characteristic glassy “look right through you” character. This usually occurs during a period of deep sleep, or a couple of hours after the sleepwalker falls asleep. The exact cause of sleepwalking is unknown, but these latest findings seem to suggest its genetic. Typically, it’s not that much to worry about though since it’s usually found among children, and most grow out of it once they hit puberty.

The following factors can trigger sleepwalking or make it worse:

Getting enough sleep and reducing stress are the best things you can do to reduce sleepwalking episodes.

“These findings point to a strong genetic influence on sleepwalking and, to a lesser degree, sleep terrors,” the study authors write. “This effect may occur through polymorphisms in the genes involved in slow-wave sleep generation or sleep depth. Parents who have been sleepwalkers in the past, particularly in cases where both parents have been sleepwalkers, can expect their children to sleepwalk and thus should prepare adequately.”

Findings were reported in JAMA Pediatrics.