Due to the rising of the phenomena, there has been a surge in the studies concerning obesity; there are, of course, a significant number of factors which affect it, and the number continues to grow each month. This time, it’s bottle feeding. 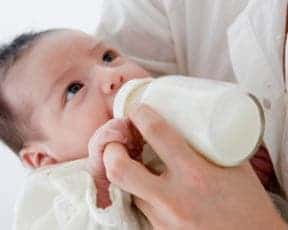 Researchers from the Center for Obesity Research and Education at Temple University (CORETU) and the Ohio State University College of Public Health analyzed data from 6,750 children in order to correlate the obesity rate at age 5.5 years old with the rate of bottle feeding at 24 months.

Out of the studied children, about a quarter were prolonged bottle feeders, which means that at 2 years old they still used a bottle as a primary drink container, and/or were put to sleep with a bottle. The results showed a correlation, though the results are not outstanding:

“Children who were still using a bottle at 24 months were approximately 30 percent more likely to be obese at 5.5 years, even after accounting for other factors such as the mother’s weight, the child’s birth weight, and feeding practices during infancy,” said Dr. Robert Whitaker at CORETU, lead author of the study.

The researchers state that this is further evidence that obesity prevention should start at an early age, but I have some doubts, and here’s why.

What you have is one quarter of the prolonged bottle feeders who tend to be more obese at the age of 5.5 years old. When you study over 6000 children, the odds are that’s not a coincidence, but here’s what could happen. Parents who overuse milk bottles are, most likely, overprotective, and want to make sure that their baby has everything he or she needs. The tendency will continue to show itself as the baby grows, and the parents will probably overfeed too. This possibility is consistent with the numbers, because if there was a direct and major connection between the two factors, the obesity rate would have been much larger.

Also, obesity when you’re 5 doesn’t mean that much. It’s not uncommon at all for children to gain or lose weight fast, depending on how much they ‘exercise’ (run, play, all that).

All in all, of course it’s not a good idea to prolong bottle feeding, but if you do it, it’s not going to doom your child to a life of fats and obesity.