A man from China has had a new nose grown on his head by plastic surgeons, as part of a surprisingly common reconstruction technique. 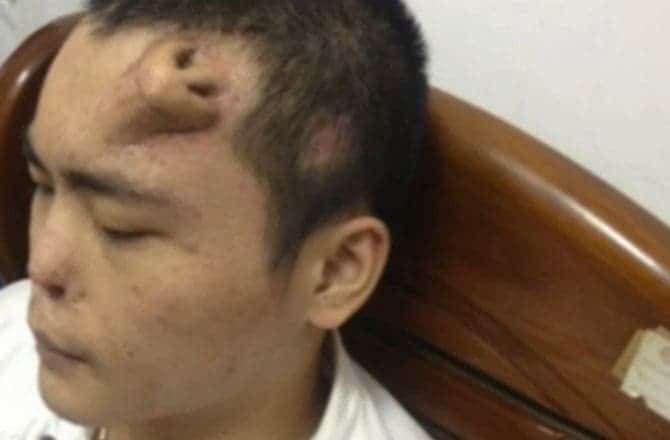 The 22 year-old suffered nasal trauma after a car accident, and the following infection eroded the cartilage in his nose, making it impossible for doctors to fix it. Instead, the team decided to grow him a new one – on his forehead. Despite its incredible appearance, the technique is not that different from others routinely used said Dr. David Cangello, an attending plastic surgeon at Lenox Hill Hospital and Manhattan, Eye Ear and Throat Hospital in New York.

“I would call it a different take on a principles that we commonly use in reconstruction,” Cangello said.

The doctors first placed tissue expanders under his forehead, which create space to stretch the skin, and created the approximate shape of a nose. They then harvested cartilage from his ribs to replace his cartilage, which again, is a rather common technique. After the nose is ready, they will literally move it (skin, cartilage and blood vessels) to where the current nose sits.

“We typically take the cartilage from the rib, and we put it right where the nose structure would already be, and we bring the skin flap over it and cover it,” Cangello said.

After that, they will suture both the nose and the forehead, which will only leave a tiny scar. Bam, forehead nose is done.