Peculiar medical cases: The woman who can write, but can’t read

by Tibi Puiu
in Mind & Brain, Neurology
Reading Time: 4 mins read
A A
Share on FacebookShare on TwitterSubmit to Reddit 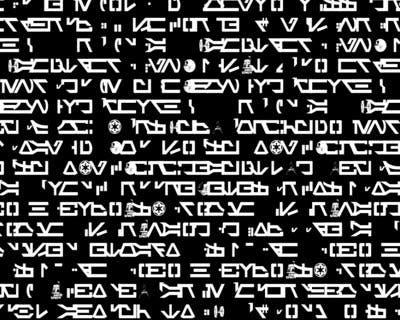 M.P., a kindergarten teacher and expert reader, was hit by a stroke and, in the aftermath, her brain underwent some irreversible transformations. It’s hard to imagine the confusion and fright the 40-year-old woman must have felt when shortly after her stroke, while in the classroom trying to read to children – her biggest source of fulfillment – she realized that the paper she was holding in her hands was filled with undecipherable symbols.

M.P. can understand and speak English perfectly as before, she can even write words, but oddly enough she can’t read. The rare condition, first described in 1892, is called alexia without agraphia. A paradox of chance, M.P. had distinguished herself during her career for the various reading techniques she had employed in her classes while working with children. The emotional strain was almost too much to bear.

This unique pattern of deficits is caused by subcortical lesions that functionally isolate the left angular gyrus, or “language zone,” from the visual cortex. The paper in the journal Neurology describing her case lists a number of patterns of lesions that may have been responsible.

Her word blindness didn’t rend her oblivious to emotional responses when gazing upon certain words, though, suggesting that somewhere she could still read, but not consciously decipher text.

Nor have these intuitions been without utility. S.P. [M.P.’s mother] relates a recent anecdote in which, during an afternoon therapy session, her daughter was shown 2 letters from the mailbox at home. Nonplussed, M.P. quickly handed one letter back to her mother and tucked the other into her purse, saying, ‘This is my friend, and this is your friend.’ When asked who these friends were, she could not say, but their names nevertheless provoked an emotional response that served as a powerful contextual clue.

M.P.’s stroke took place in December 2012. Obviously she couldn’t hold her old job at the kindergarten anymore, but the women eventually recovered in spirit and is currently engaged actively in her community. She has a job at a local fitness center, where she works at the front desk and sells membership and sometimes volunteer in the park district.

While unfortunate, M.P.’s story is also a hopeful one, since despite all the adversities she found the strength to go on and adapt. A more poetic fellow than myself would say she’s a hallmark for human ingenuity, and it’s easy to understand after you learn how M.P. managed to find a way to read.

Given a word, M.P. will direct her attention to the first letter, which she is unable to recognize. She will then place her finger on the letter and begin to trace each letter of the alphabet over it in order until she recognizes that she has traced the letter she is looking at. ‘That is the letter M,’ she declares, after tracing the previous 12 letters of the alphabet with her finger while deciphering a word in front of her. Three letters later, she is able to shorten this exercise with a guess: ‘This word is ‘mother,” she announces proudly.