If you want to train your brain, consider starting with music or a foreign language.

If you want to upgrade your brain, one of the best things you can do is learn a foreign language or pick up a musical instrument.

We’ve known for quite a while that musicians and bilinguals have a better working memory — this means that they’re generally better at keeping things in mind, such as remembering a phone number, recalling a list of instructions, or doing mental math — but researchers aren’t really sure why this is the case. Now, a new study might finally answer that question.

Researchers recruited 41 participants and split them into three groups: English-speaking non-musicians, musicians who only spoke English and bilinguals who didn’t play a musical instrument. They had to solve a memory task while scientists monitored their brain activity. Scientists report that musicians’ and bilinguals’ brains were much more efficient — they activated different brain networks and showed less brain activity than people who only spoke one language and didn’t have formal music training. Essentially, the musician/bilingual brains used fewer resources to solve the task and achieve the same performance.

“These findings show that musicians and bilinguals require less effort to perform the same task, which could also protect them against cognitive decline and delay the onset of dementia,” says Dr. Claude Alain, first author of the paper and senior scientist at Baycrest’s Rotman Research Institute. “Our results also demonstrated that a person’s experiences, whether it’s learning how to play a musical instrument or another language, can shape how the brain functions and which networks are used.” 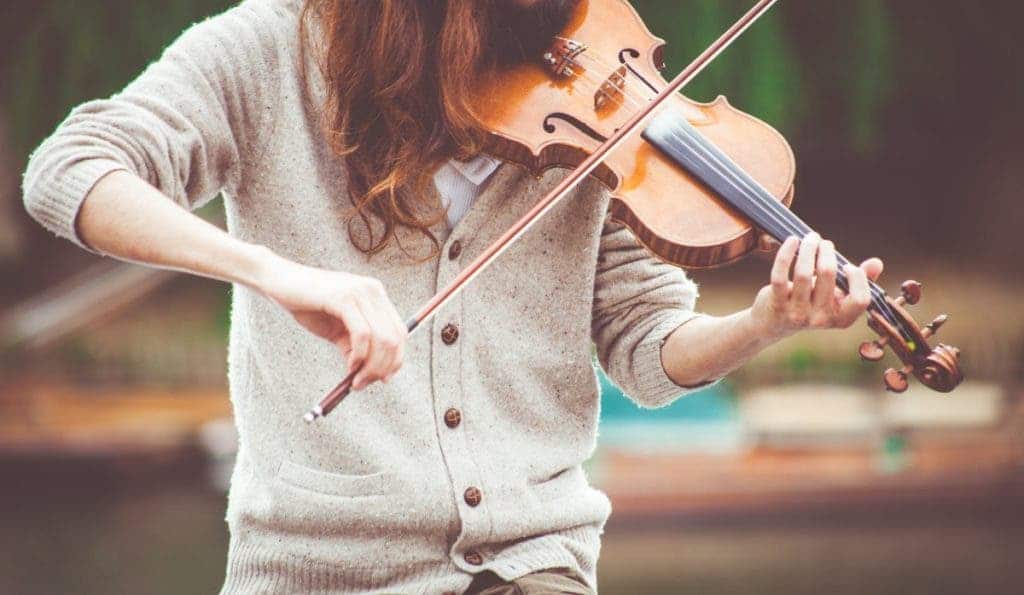 Musicians fared best at a test of remembering different sounds, which was expected. Bilinguals fared just as good as monolinguals, but they used much less brain power to do so. Both bilinguals and musicians fared better than monolingual non-musicians at location tests.

“People who speak two languages may take longer to process sounds since the information is run through two language libraries rather than just one,” says Dr. Alain, who is also an associate professor at the University of Toronto’s Institute of Medical Science and the Department of Psychology. “During this task, the brains of bilinguals showed greater signs of activation in areas that are known for speech comprehension, supporting this theory.”

In the past few decades, studies have consistently shown that learning to play an instrument and a new language has dramatic effects on the brain. Increases in gray matter (size and number of nerve cells) have been observed in the auditory, motor, and visual-spatial areas of the cerebral cortex.

The findings have been published in the journal, Annals of the New York Academy of Sciences.