One of the biggest mysteries scientists are trying to figure out is how the brain encodes thoughts, perceptions and memories – at a molecular level. Nobody knows how this assembly truly works. 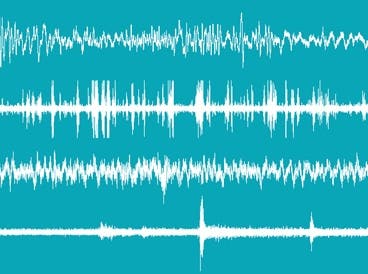 But a study from MIT and Boston University might shed some light on that matter; the team, led by Earl Miller, the Picower Professor of Neuroscience at MIT, found that groups of neurons that encode specific behaviours oscillate in symphony with others. The results seem to indicate that the nature of consciousness may be rhythmic, which comes as quite a shock.

“As we talk, thoughts float in and out of our heads. Those are all ensembles forming and then reconfiguring to something else. It’s been a mystery how the brain does this,” says Miller, who is also a member of MIT’s Picower Institute for Learning and Memory. “That’s the fundamental problem that we’re talking about — the very nature of thought itself.”

The team identified two different ensembles in the brains of monkeys which were trained to respond to different objects, based on colour or orientation – a task which requires an ability called cognitive flexibility – switching between different sets of rules.

“Effectively what they’re doing is focusing on some parts of information in the world and ignoring others. Which behavior they’re doing depends on the context,” says Tim Buschman, an MIT postdoc and one of the lead authors of the paper.

As the monkeys switched from one set of rules to the other, scientists measured the brain waves produced in different locations throughout the prefrontal cortex, where the planing phase of thought takes place and found that when the rule was orientation, certain neurons oscillated at high frequencies that produce so-called beta waves. However, when they switched to the colour rule, a different ensemble of neurons oscillated in the beta frequency. Some neurons were overlapping, belonging to both groups, but the groups themselves had a different pattern.

Another interesting aspect they found was oscillations in the low-frequency alpha range among neurons that make up the orientation rule ensemble, but only when the color rule was being applied.

“What this suggests is that orientation was dominant, and color was weaker. The brain was throwing this blast of alpha at the orientation ensemble to shut it up, so the animal could use the weaker ensemble,” Miller says.

The next step in research is to figure out how these neural ensembles coordinate their activity as the brain switches back and forth between different rules, or thoughts.

“The most fundamental characteristic of consciousness is its limited capacity. You only can hold a very few thoughts in mind simultaneously,” Miller says. These oscillations may explain why that is: Previous studies have shown that when an animal is holding two thoughts in mind, two different ensembles oscillate in beta frequencies, out of phase with one another.

“That immediately suggests why there’s a limited capacity to consciousness: Only so many balls can be kept in the air at the same time, only a limited amount of information can fit into one oscillatory cycle,” Miller says. Disruptions of these oscillations may be involved in neurological disorders such as schizophrenia; studies have shown that patients with schizophrenia have reduced beta oscillations.