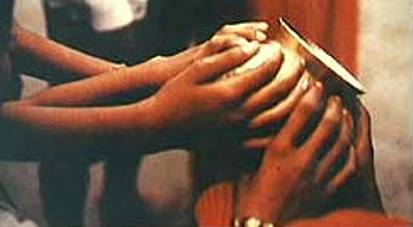 Recently, it seems there’s a gene for everything, from generosity to ruthlesness. That still doesn’t mean that you can blame everything on your genes, but it may go to show the fact that even some of the world’s most cruelest dictators may owe their behaviour partly to their genes, at least according to a study that claims to have found a genetic link to ruthlessness.

The study was conducted by scientists from the Hebrew University in Jerusalem, who found a link between a gene called AVPR1a and ruthless behaviour in an economic exercise called the ‘Dictator Game’. In this game you can act like a money-grabbing dictators or more selflessly. They still haven’t found the exact mechanism which triggers this gene, but the results were conclusive.

To reach these results, they tested DNA samples from more than 200 student volunteers, before asking the students to play the dictator game, but they weren’t told the name of the game because they could have been influenced. They were then divided into two groups: the ‘dictators’ and ‘receivers’ (called ‘A’ and ‘B’ to the participants). The dictators were given 50 shekels (worth about US$14) and were told that they can share them with a receiver, or just keep them to themselves.

18% of all dictators kept all of the money, while about a third of them shared half of the sum. Just 6% gave the whole lot away. Scientists noted that there was no difference in the behaviour of male and female students, but there was a link to the length of the AVPR1a gene: people were more likely to behave selfishly the shorter their version of this gene.