by Henry Conrad
in Genetics, Mind & Brain, News, Technology
A A 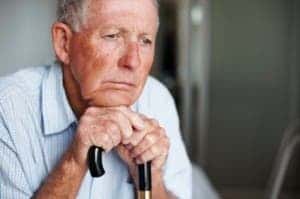 Computer games could be the key to treating elderly people who have been diagnosed with depression, but who aren’t responding to conventional treatment. A new study has shown that playing a certain type of computer games was more effective at reducing symptoms of depression than the “gold standard” – the antidepressant drug escitalopram.

Recently, we’ve been bombarded about the positive effects that video games can have: they lead to brain thickening (that’s a good thing), they improve the players’ spatial perspective, they improve orientation and strategic planning,  and overall, gamers tend to be more educated and even polite. We were also lucky enough to get the chance to discuss the effects of video games on the brain with Simone Kuhn, one of the leading researchers in the field. Now, a new study has shown that computer games had the exact positive effects in treating geriatric depression as the best drug in the field, escitalopram (also known by its brand name, Lexapro); the cool thing is that they worked faster, in just 4 weeks, compared to a 12 week typical treatment with Lexapro.

But instead of having negative side effects like the drug, playing computer games had positive side effects. It improved what researchers call executive functions – basically planning and organizing skills. The lack or decay of these skills has been linked with depression, especially in older people. The effects were so spectacular, that now researchers believe computer games can also be used to treat older people with other mental affections. But the effects on depressed people are especially encouraging:

“Depression is a serious and at times life-threatening illness,” said lead study author Sarah Shizuko Morimoto, a research neuropsychologist at Weill Cornell Medical College in New York. “This is a biological illness of the brain, no different from any other illness, and it necessitates treatment.”

Typically, the side effects of anti-depression drugs are significant, and many people tend to avoid taking them due to those side effects.

However, not all computer games have the same effect (d’oh). The researchers developed one computer game that involved balls moving on a video screen; patients had to press a button when the balls changed color. Basically, the game revolved around developing reaction speed and accuracy. Another game involved rearranging multiple word lists into categories, relying on the same skills. Both games became more and more difficult as people played them more – and as they were played more and more, the positive effects on their mental state was more and more noticeable.

All in all, researchers are confident in the results of their study and plan to use this strategy of treating depression in more patients – either by itself, or in conjunction with other drugs. They also plan to see how the treatment fares in people suffering from other mental conditions.

“Our findings suggest that the health and functioning of brain circuits responsible for executive functions are important for recovery from depression,” Morimoto concludes.