by Mihai Andrei
in Genetics
A A

It’s hard to find two populated areas as far apart as Brazil and Polynesia; however, a recent genetic study showed that indigenous people that lived in southeastern Brazil in the late 1800s shared some genetic sequences with Polynesians. This could suggest that Pacific islanders traded with South America thousands of years ago (or traveled across the world for another reason) or that the distinctive DNA sequences, or haplogroups, may have entered the genomes of the native Brazilians through the slave trade during the nineteenth century. 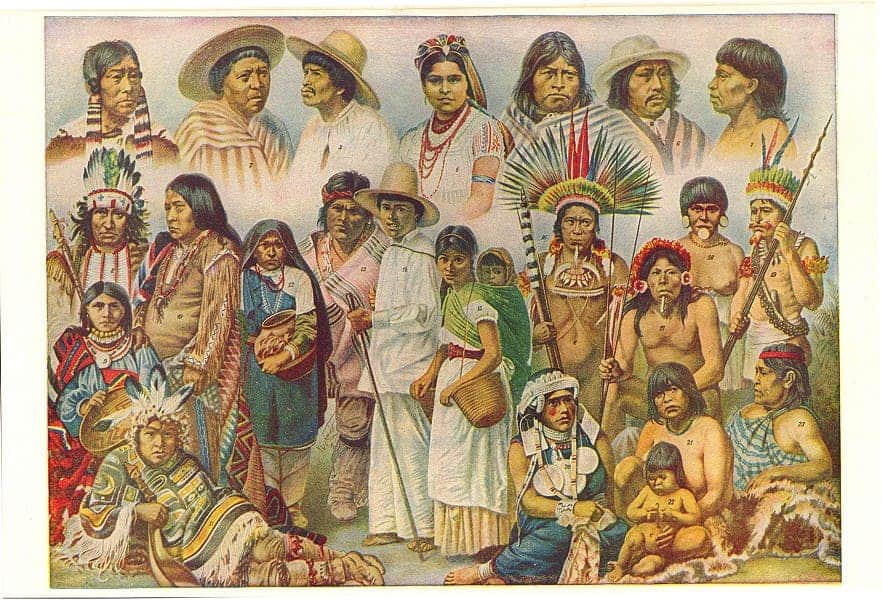 The general consensus is that humans arrived in the Americas between 15,000 and 20,000 years ago; where they came from exactly and what they wanted to do is still a matter of debate. The timing of these migration waves could be linked to large variations in early Americans’ physical features, says Sérgio Pena, a molecular geneticist at the Federal University of Minas Gerais in Belo Horizonte, Brazil.

Of main interest are the Botocudo people, a group of early Americans. They lived in inland regions of southeastern Brazil and stand out, mostly due to their skull shape, which was somewhere in between those of other Palaeoamericans and a presumed ancestral population in eastern Asia. Now, a recent study has shed some more light on the possible heritage of the Botocudo.

Pena and his colleagues studied short stretches of mitochondrial DNA (mtDNA) in samples drilled from inside the teeth – an area in which contamination is very unlikely to occur. The mtDNA from 12 of the skulls matched a well-known Palaeoamerican haplogroup. But mtDNA from two of the skulls included a haplogroup commonly found in Polynesia, Easter Island and other Pacific island archipelagos. The results were so shocking that they went to another lab for confirmation, and a confirmation they got. However, one shouldn’t jump to conclusions.

“But to call that haplogroup Polynesian is a bit of a misnomer,” says Lisa Matisoo-Smith, a molecular anthropologist at the University of Otago in Dunedin, New Zealand. The haplogroup is also found — albeit at a lower frequency — in populations living as far west as Madagascar.

However, the mystery of how these groups got entanglent is still baffling.

“We have this finding,” he says. “Now we have to explain it.”

It’s also possible, though unlikely, that the DNA could have come from Polynesians who voyaged from remote islands to the western coast of South America. Either way, the finding doesn’t say anything about how they got there, so it will be up to future studies to settle it.

“This is a pretty exciting initial result,” says Alice Storey, an archaeologist at the University of New England in Armidale, Australia. Further studies of genetic material from the skulls, including detailed analyses of nuclear DNA (which contains much longer genetic sequences than mtDNA), could offer more insight into the mysterious ancestry of the Botocudo, she says.