Are party animals born this way?

by Mara Bujor
in Discoveries, Genetics, Research, Studies
A A 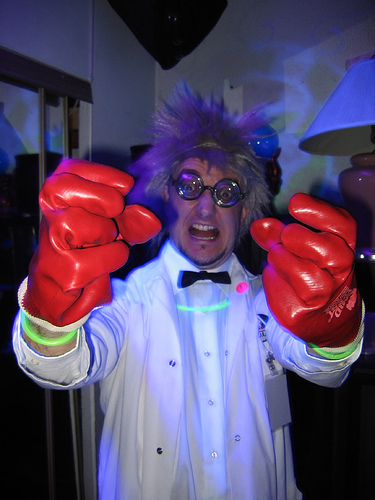 Tired of sitting in a corner at parties and spending most of your spare time conceiving evil plans to destroy the world? I am sure you would want to buy whatever it is that makes some Mr. or Miss Congeniality, but unfortunately, as researchers at Harvard University have discovered, it may all be in the genes.

This special trait that allows some to start a hell of a party at a book club reunion seems to be inherited to a certain extent, this being what makes us so different. After studying 1.000 teenagers who were either fraternal or identical twins it was established that social relations seemed to be more similar among the identical ones.

This definitely points towards a genetic reason for being popular or not, as identical twins have the same genetic make-up, wile fraternal twins share only half of their traits. According to Nicholas Christakis, the lead researcher, it seems that our connections with the people around us are determined by our genes quite considerably. Even the number of times one is called a friend by others or the likelihood of knowing these people is inherited just like other genetic characteristics.

Oddly as it may sound, there is an evolutionary explanation behind this phenomenon. If you are a lone wolf than you are less likely to end up with a contagious disease, so it could be considered a defense mechanism. But there are advantages of being in the centre of attention too: you are surely to get much more important information than someone who does not enter in contact with others just as often.

According to James Fowler, co-author at the University of California at San Diego, the study is a clear indication of the fact that natural selection does not only concern being resistant to a series of diseases, but also social interactions in all their shapes. In a nutshell, social choices are also health choices, at least to a certain amount.