A senate panel interviewed Dr. Mehmet Oz on Tuesday regarding his claims of various ‘miracle’ weight loss cures; as a result of lack of any scientific evidence and a big cloud of suspicion was floating above his head, Oz admitted that there is no actual evidence behind his proposed products. 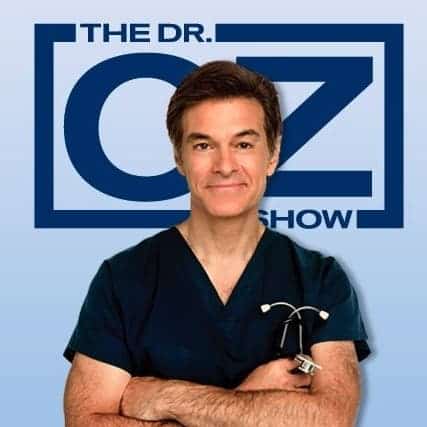 In order to “fight” obesity Oz has created (or at the very least thrusted forth) an industry of fraudulent supplements containing minimal amounts of the “active ingredient,” and including a “as seen on The Dr. Oz Show” line in their advertising. Basically, the old fashioned way of eating healthy and working out is not fast enough, and people want miracle solutions – that’s exactly what Oz is offering (at least apparently).

If you search on his website, you’ll find that “exercise” yields 1910 results, while “weight loss supplements” yields 9510 results – it’s clear what the focus is here. Along the years, he has proposed, among others, saffron extract, raspberry ketones, forskolin, and African mango seed as ways to lose weight fast – but the problem is, there is no science to back his claims up. Sure, it’s good to eat fruit (some more than others), but you can’t advertise these products as wonder cures, that’s just manipulating your audience. Dr. Oz has always defended himself by claiming that he does not endorse particular supplement brands, but even so, the fact that he’s promoting certain products leaves his watches in a vulnerable position. Senator Claire McCaskill, Chairman of the Subcommittee on Consumer Protection, Product Safety, and Insurance questioned him:

“I can’t figure this out, Dr. Oz,” McCaskill said. “I get that you do a lot of good on your show. I understand that you give a lot of information that’s great information… you’re very talented and you’re obviously very bright. You’ve been trained in science-based medicine… I don’t get why you need to say this stuff when you know it’s not true. When you have this amazing megaphone, why would you cheapen your show?… With power comes a great deal of responsibility.”

Ultimately, after trying to defend himself, he had to admit that he was deceiving his viewers (whether or not this is intentional is still a matter of debate).

“Yes, that’s a very good point,” Oz acknowledged, later admitting, “I’ve used flowery language… which was meant to be helpful, but wound up being incendiary and provided fodder for unscrupulous advertisers… I realize that for my colleagues at the [Federal Trade Commission], I have made their job more difficult,” and agreed, “I need to be a part of this [solution]… I want to play a role.”

It remains to be seen if he will change his focus from bogus supplements to more real science.