Some cognitive training games can really boost the brain

One cognitive test widely used in research can improve working memory. The training won't make you smarter, though.

Cognitive training is loosely defined as regularly engaging in a cognitive task, for example, learning a list of words, a set of pictures, or a certain route to a particular target. In the last couple of years, a slew of companies marketed so-called ‘cognitive training’ products to the public which would supposedly improve their thinking capacity. The public tuned in because, let’s face it, who doesn’t want to get smarter? In only 9 years, the market has grown from $200 million to $2 billion this year. Many experts, however, caution that there is no reliable evidence to suggest that these programs really work.

Last year, one study found that participants who played brain training games developed by Luminosity bumped their IQ by five to ten points — but only if they believed the training will have an effect on their cognition. In other words, a lot of the benefit of these games may be all in our heads, kind of like a placebo.

Researchers at John Hopkins, on the other hand, found at least one instance where brain training exercises improve cognition. However, none of the games they asked the experiment’s participants to play were of the kind currently marketed by companies. Instead, these are games that have been widely used in research to gauge working memory and related cognitive abilities.

One such exercise is the “dual n-back” memory sequence test in which people have to remember constantly updating sequences of visual and auditory stimuli. In this game, participants saw squares flashing on a grid while letters were spelled out from a speaker. In the initial easier rounds, volunteers had to remember if the square they just saw and the letter they heard one round earlier were one and the same. The test’s difficulty incrementally increased with participants having to remember squares and letters two, three, and four rounds back. If it sounds like a daunting task, then you should probably try it too. 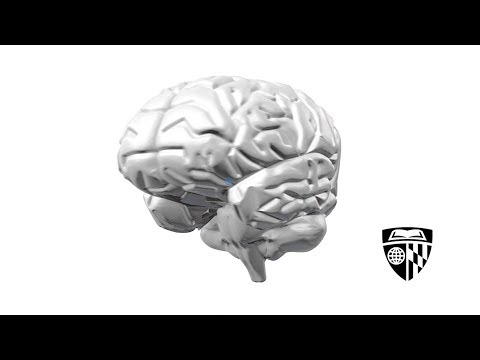 Another test that the researchers investigated was the “complex span” which also involves remembering items in a sequence. In between items, participants are prompted with a distraction but unlike the case of dual n-back, they do not have to continually update items in their minds.

The researchers worked with three groups of participants, with each group tasked with playing a different brain game for a whole month every day — either dual n-back, complex span, or a control test. Before starting the tests, everyone’s baseline working memory, attention, and intelligence was assessed with standardized cognitive tests. Participants also had their brain activity measured with an electroencephalogram (EEG) before and after they finished the brain training.

According to the results published in the Journal of Cognitive Enhancement, the dual n-back game improved participants’ working memory by 30 percent. That’s almost double the improvement seen in participants who had played “complex span”. Brain scans also showed that the dual n-back group had a significantly altered brain activity in the prefrontal cortex, which is the brain region involved in higher learning.

“People say cognitive training either works or doesn’t work. We showed that it matters what kind of training you’re doing,” said lead author Kara J. Blacker, a former Johns Hopkins post-doctoral fellow in psychological and brain sciences. “This one task seems to show the most consistent results and the most impact on performance and should be the one we focus on if we’re interested in improving cognition through training.”

It’s worth repeating that these tests won’t make you smarter, i.e. raise your IQ. However, a better working memory —  a mental sticky note that keeps track of short-term information like phone numbers or directions — can help people perform better at school or work. Now, the team is busy figuring out why dual n-back works so well for working memory. They’re also discussing means of turning the method into a marketable, or even clinically useful, product.

“The findings suggest that this particular task is changing something about the brain,” said co-author Susan Courtney, a Johns Hopkins neuroscientist and professor of psychological and brain sciences.. “There’s something about sequencing and updating that really taps into the things that only the pre-frontal cortex can do, the real-world problem-solving tasks.”

“The biggest lesson here was that – yes – intensive training strengthens cognition and the brain, but we still don’t understand why and how,” Courtney said. “We can’t just jump onto a video game and expect that’s going to cure all of our cognitive problems. We need more targeted interventions.”