by Mihai Andrei
in Animals, Health & Medicine
Reading Time: 2 mins read
A A
Share on FacebookShare on TwitterSubmit to Reddit

Autism is a condition we’re just starting to learn about, and currently, autism spectrum disorder (ASD) affects up to 1 in 110 people. The problem here is that while some drugs do treat some symptoms, none can deal with the social deficits common to ASD in humans. 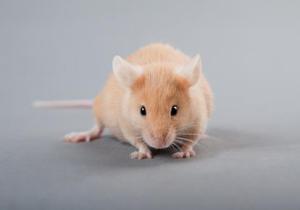 As it turns out, mice, can be autistic as well – in the hands of scientists, that is. In order to study this with mice, researchers first engineered mice that lacked the gene Eif4ebp2. Mice lacking these gene exhibit numerous autism-like symptoms, including including poor social interaction, altered communication and repetitive behaviours.

The idea was, of course, to create a kind of treatment which can deal with these symptoms. They first studied mice brains, and found that with subjects lacking the gene, synapses that are prone to overstimulation, establishing a ‘hyperconnectivity’ that many researchers believe underlies the symptoms of ASD. The treatment they devised actually reversed synaptic hyperconnectivity, and also prevented most of autism-like symptoms.

“Even though autism is a neurodevelopmental disease, we were able to correct autism-associated behaviours in adult mice,” says Christos Gkogkas, a member of Sonenberg’s team at McGill.

The team was also quite optimistic about adjusting the treatment to humans, but researchers warn against believing that a cure for autism is just around the corner – because it’s also poisonous.

“The drug we used would be too toxic to use for ASDs,” he says. “But we’ve shown that this pathway is important, identified potential therapeutic targets and demonstrated that a drug therapy is possible in principle.”

However, now knowing that this method works, we could expect some big adjustments which will make it work.

“This is extremely important idea to test,” Sonenberg adds, “and it’s something we’re researching now.”