Autism is one of the biggest medical mysteries of the 21st century, and researchers are still trying to figure out the causes of this condition. UC Davis MIND Institute researchers have made a significant step forward in that direction, identifying some specific antibodies that target fetal brain proteins in the blood of women with autistic children. 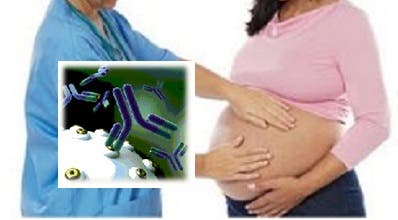 This finding is the first reported one that pinpoints a specific risk factor for a significant subset of autism cases, as well as a significant biomarker that can be used in early detection and diagnosis. So the thing is that researchers don’t know exactly what causes these women to have such high levels of specific antibodies, but there has been an observed correlation between this and autism in their children. There is not a proven causality between these two elements, it is just a “risk detector”, a very good indication in trying to predict whether a child will suffer or not from autism.

“Now we will be able to better determine the role of each protein in brain development,” said Van de Water, professor of internal medicine, lead author of the study. “We hope that, one day, we can tell a mother more precisely what her antibody profile means for her child, then target interventions more effectively.”

There are some indications that this condition has some similarities with autoimmune diseases:

There is no “test” for autism, and this doesn’t automatically establish one, but it is the first step in this direction – and a large step at that.

“These findings are incredibly important because they establish a cause for a significant portion of autism cases, thereby opening up new lines of inquiry into possible biological treatments,” said MIND Institute Director Leonard Abbeduto. “In addition, the findings demonstrate that a diagnostic test is within reach. This test would be invaluable for women who are considering becoming pregnant and could lead to earlier and more accurate diagnosis of children with developmental challenges and help get them into behavioral interventions at younger ages.”