The new study concludes that an aspirin a day for middle-aged people could save 130,000 lives over 20 years in Britain alone, by reducing cancer risk. 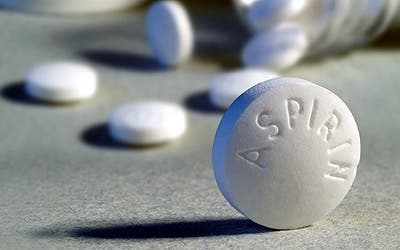 Aspirin was most effective in cutting cancer risk in people from 50 to 64, and in order for the effects to be felt to the fullest, people should take 1 aspirin per day for 10 years – after that, even if they stop, the positive effects are still felt. The research team led by Professor Jack Cuzick, head of the centre for cancer prevention at Queen Mary University of London believes that aspirin is one of the best things you could do to cut down cancer risk:

“[Aspirin] looks to be the most important thing we can do to reduce cancer after stopping smoking and reducing obesity, and will probably be much easier to implement”.

He also backs this up with his personal example, explaining that he has routinely taken aspirin for the past years.

“I take aspirin as part of a bedtime ritual every day and I can achieve that quite easily,” he said.

However, before effects could be significantly felt, you’d have to take it constantly for at least 5 years, and preferably up to 10. If you do that, they explain in the study, the risk of bowel cancer cases could be cut by about 35% and deaths by 40%. Aspirin could reduce rates of oesophageal and stomach cancers by 30% and deaths from them by 35% to 50%. However, there’s also a downside to taking aspirin.

While taking it does reduce the risk of cancer, it also increases the risk of stomach bleeds among 60-year-olds from 2.2% to 3.6%. In about 5% of those who have a stomach bleed, it could be fatal. It also reduces the risk of some strokes, and increases the risk of other ones. Especially for people who have the bacterium Helicobacter pylori in their stomach should be careful, as they are subject to most stomach related risks. Before you embark on an aspirin-rich diet, you should consult with your doctor, and perhaps conduct some tests on your stomach and blood circulation, to see if you’re not doing yourself more harm than good.

“Aspirin is showing promise in preventing certain types of cancer, but it’s vital that we balance this with the complications it can cause – such as bleeding, stomach ulcers, or even strokes in some people,” said Dr Julie Sharp, head of health information at CRUK.

“Before aspirin can be recommended for cancer prevention some important questions need to be answered, including what is the best dose and how long people should take it for. And tests need to be developed to predict who is likely to have side-effects.

“Given the continued uncertainty over who should take aspirin, Cancer Research UK is funding a number of trials and research projects to make the picture clearer,” she concludes.

Something important to note is that the patent for aspirin as a generic drug ran out in the 1930s. It was developed by Bayer, but now, countless companies make it. There is an estimate 100 bn tablets taken around the world every year, and no pharmaceutical company makes huge profits from it, so this is not one of those for-profit studies. However, the lead researchers are all working or have worked at one point with Bayer. Another interesting trivia fact is that when Bayer released aspirin, it also rolled out another drug, one which was not as successful, but still carries on to this day: heroin.