by Mihai Andrei
in Health & Medicine, Inventions
Reading Time: 2 mins read
A A

Scientists have made another step closer to the bionic man, after creating nanotubes out of carbon straws that can contract in a similar fashion to real muscles.

The team from the University of British Columbia have created the strong and flexible artificial muscles that could also be used to propel nanobots through the body to diagnose and treat a conditions. The nanotubes are capable of spinning 600 revolutions per minute, and turning a weight that is 2,000 times heavier than itself – they are also 100 times stronger than steel.

“What’s amazing is that these barely visible yarns [the name of the structure] composed of fibres 10,000 times thinner than a human hair can move and rapidly rotate objects two thousand times their own weight,” said John Madden from the department of electrical and computer engineering in a press release.

The nanotubes are made from carbon atoms linked together in hexagons and lined up like a tube; these tubes are then fondled together to form the yarn structure, which brings it its amazing properties.

“While not large enough to drive an arm or power a car, this new generation of artificial muscles — which are simple and inexpensive to make — could be used to make tiny valves, positioners, pumps, stirrers and flagella for use in drug discovery, precision assembly and perhaps even to propel tiny objects inside the bloodstream.” 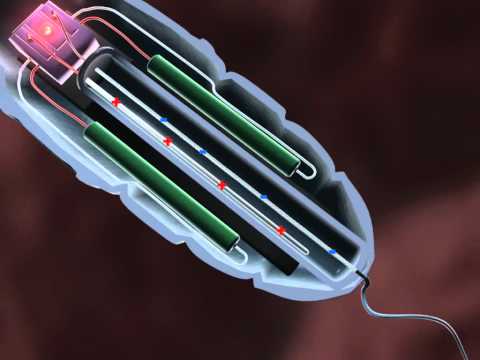