About the 28th element essential to sustaining life, discovered by scientists

by livia rusu
in Health & Medicine
Reading Time: 3 mins read
A A
Share on FacebookShare on TwitterSubmit to Reddit
ADVERTISEMENT
ADVERTISEMENT

The scientific world has commonly agreed upon 27 elements that are literally essential for human life. However, a study proved the existence of a 28th element, bromine, which is among the 92 naturally-occurring chemical elements in the entire universe, as vital for tissue development in all animals, from the primitive sea creatures to humans included.

The paper, published by Cell, was written by researches from Venderblit University who established for the first time the importance of bromine. The initial discovery of the research was that fruit flies died when bromine was taken out from their diet and that they also survived when the chemical element was restored. 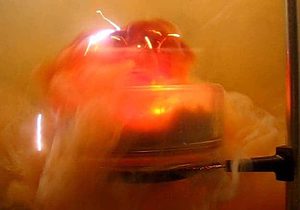 The implication of this finding for human disease is that ‘multiple patient groups were found to be bromine deficient’, as McCall, a Ph.D. student underlined. The health of patients on dialysis or total parental nutrition may be improved by this finding, just by bromine supplementation.

This finding is not the first report of its kind, an entire series of landmark paper was published by the scientists of this university, showing how, for instance, collagen IV scaffolds under-gird the basement membrane of the tissues, which includes the kidney’s filtering unit. The latest discover only adds up to the previous findings on the issue.

Billy Hudson, Ph.D., the paper’s senior author, said that the premises for this finding go back thirty years when he was still at the University of Kansas Medical School. He also specified that ‘without bromine, there are no animals. That’s the discovery’. 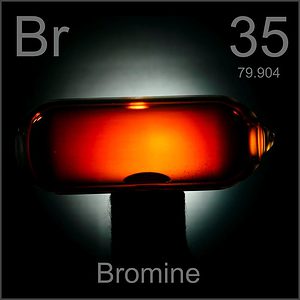 The previous works are of high importance as well, one of which concerned the curiosity of the scientist about two rare kidney diseases which led during the 1980s to the discovery of two essential proteins twisting around each other to form the triple-helical collagen IV molecule, similarly to the cables supporting a bridge. The proteins, which were completely unknown by then, could be linked to the disease and their effect is comparable to the one of a defective or damaged bridge cables.

In 2009 the discovery of a novel sulfimine bond between a sulfur atom and a nitrogen atom acting like a fastener to connect the collagen IV molecules forming scaffolds for cells was reported, led by Roberto Vanacore,Ph.D., and published in Science Magazine. The defective bond could result into the auto-immune disease Goodpasture’s syndrome, named by the late Vanderbilt pathologist Ernest Goodpasture, popular scientist especially due to his contribution to the vaccines’ development. After his discovery, the only question that was further be answered to by his colleagues concerned the way in which the bond between the molecules is formed. In 2012 enzyme peroxidasin was found to be responsible for the bond.

During this research, the role of bromine was found to be vital in enabling the sulfimine bond. An overactive enzyme is possible to lead to excessive deposition of collagen IV and result in the thickening of the basement membrane, which can cause impairment in kidney function. The recent study showed the importance of ionic bromine as a co-factor ‘essential for the animal development and tissue architecture’, according to the report.