by Mihai Andrei
in World Problems
Reading Time: 3 mins read
A A
Share on FacebookShare on TwitterSubmit to Reddit

Two generations from now, the over 9 billion people which are likely to walk the face of the planet will face dramatic water shortage, as climate change, pollution and overusage of resources start taking their toll, a group of 500 researchers warns. 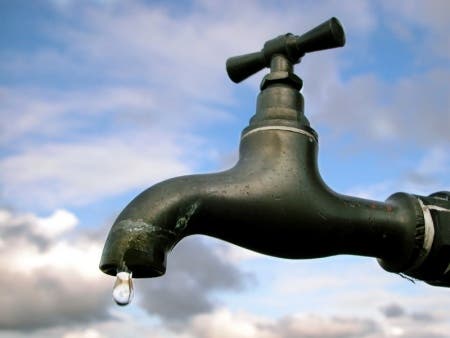 The thing is, if we, as a society continue developing at the same pace, the world’s water systems will soon reach a tipping point, and will go past the point of no return, which “could trigger irreversible change with potentially catastrophic consequences”, more than 500 water experts warned on Friday as they called on governments to start conserving the vital resource. They stress that freshwater is not an endless renewable resource, and today, people in many areas of the world are pumping out water which can just not renew in time.

“These are self-inflicted wounds,” said Charles Vörösmarty, a professor at the Cooperative Remote Sensing Science and Technology Centre. “We have discovered tipping points in the system. Already, there are 1 billion people relying on ground water supplies that are simply not there as renewable water supplies.”

Even today, 4.5 billion people live 50km or closer to an ‘impaired’ water resource, one that is either polluted, or running dry – and the trend is accelerating. Instead of starting to conserve our most valuable resource, we are polluting and overusing more and more water.

The threats are numerous; climate change is the biggest, but not the only enemy. The run-off from agricultural fertilisers containing nitrogen has already created more than 200 large “dead zones” in seas, near to rivermouths, where fish can no longer live. Cheap technology to pump out enormous quantities of water from the underground has led to the over-use of often scarce resources, usually for irrigation or industrial purposes. The fact that global popullation is constantly growing is not helping either.

Access to water is already a luxury in some parts of the world, and most of the areas where access to water is scarce are in very poor country, which have little chance to cope with this emerging problem.

But scientists warn that the “evolved” areas of the world will have a lot to suffer as well. Even now, 210 million citizens of the US are living within 10 miles of an “impaired” water source, and that number is likely to rise as the effects of global warming take hold. In Europe, some water sources are running dry because of over-extraction for irrigation, which is done highly unsustainably.

Pollutants are also causing massive damage in the so-called ‘rich world’ – researchers especially emphasize endocrine disruptors, which can cause fish to change gender, and the long-term effects of which on human populations are as yet barely known.

“There is no citizen of the world who can be complacent about this,” said Janos Bogardy, director of the UN University’s Institute for Environment and Human Security.