Oil industry at its lowest in six years: over $500 billion in collective debt

In just a couple of weeks the price of oil, and commodity in general, have plunged. This Friday, oil was trading on the international market for $47 a barrel, while the American benchmark is currently sitting at $41.5. The low pricing - the lowest in six years - is driving a lot of companies bankrupt, while large companies like Exxon and Shell have been forced to cut down on their losses firing employees and shutting down exploration and exploitation projects.

by Tibi Puiu
in News, World Problems
Reading Time: 3 mins read
A A
Share on FacebookShare on TwitterSubmit to Reddit

In just a couple of weeks the price of oil, and commodity in general, have plunged. This Friday, oil was trading on the international market for $47 a barrel, while the American benchmark is currently sitting at $41.5. The low pricing – the lowest in six years –  is driving a lot of companies bankrupt, while large companies like Exxon and Shell have been forced to cut down on their losses firing employees and shutting down exploration and exploitation projects. 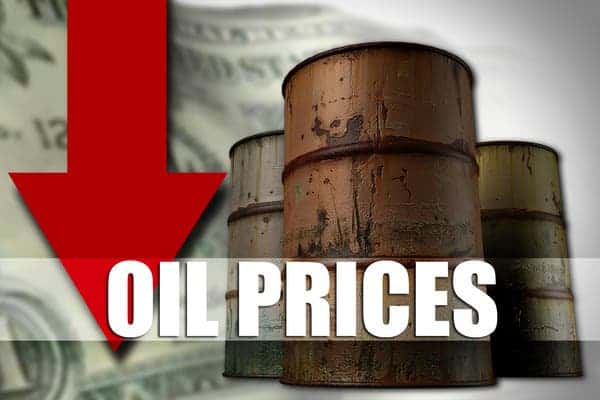 According to Bloomberg, oil and gas company bonds with yields of 10 percent or more have tripled over the past years. Collectively, 168 firms in North America, Europe and Asia hold half a trillion in debt. If the price of oil stays at current levels, driven by oil rigs in Saudi Arabia and the fall of the Chinese market, it might cripple the industry. Some small fish are destined to fall already, which might actually be a good thing for the major players once oil rebounds.

“Clearly, those companies with debt to pay will have one eye firmly on oil prices,” said Christopher Haines, a senior oil and gas analyst at BMI in London. “With revenues collapsing and debt soon to mature, a growing number of companies may find themselves unable to meet repayment schedules.”

Oil at $90 or $100 a barrel – pretty much the norm over the past decade – seems like a distant reality at this point, though. So far this year, 100,000 people employed by oil and gas have lost their jobs.

“The look and shape of the oil industry would likely change over the next five to 10 years as companies emerge from this,” said Kimberley Wood, a partner for oil mergers and acquisitions at Norton Rose Fulbright LLP in London. “If oil prices stay at these levels, the number of bankruptcies and distress deals will undoubtedly increase.” 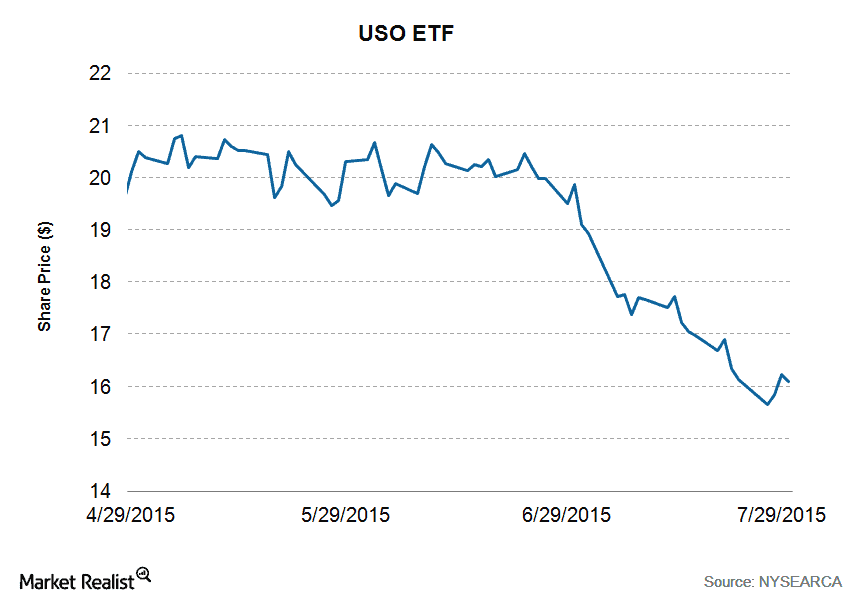 According to Norton Rose Fulbright, oil companies owe $550 billion in issued bonds which need to be repaid over the next five years. U.S. drillers account for 20 percent of the debt due in 2015, Chinese companies rank second with 12 percent and U.K. producers represent 9 percent. The market might rebound in the meantime, but presently things aren’t looking good. The profit margin for the 108-member MSCI World Energy Sector Index, which includes Exxon Mobil Corp. and Chevron Corp., is the lowest since at least 1995.

Why the price of oil dropped so low

The factors that account for the price of oil can be complicated. An over simplified explanation would be that the supply has significantly increased, while demand has dropped. In the last six years (remember $100 barrel?) US domestic production has nearly doubled. Elsewhere,  Saudi, Nigerian and Algerian oil is being pumped in greater quantities than ever. They’re also competing with Asian markets and forced to lower prices. Canadian and Iraqi oil production and exports are rising year after year. On the demand size, developed countries seem to use less oil as cars have become more fuel efficient. China, the world’s biggest oil importer, is going through some tough times at the moment. Its currency devaluation has also brought down the price of oil.

In conclusion, while oil will ultimately recover this might not happen very soon. The US and other countries seem keen on pumping more to keep up with the competition amidst fears of losing market share. OPEC, the oil cartel of oil producers, can’t seem to come to a consensus either.

It would be naive, however, to think oil is destined for a final bust. Historically, oil is all about booms and busts. But right now, the industry is heading for a big bust.