by Mihai Andrei
in World Problems 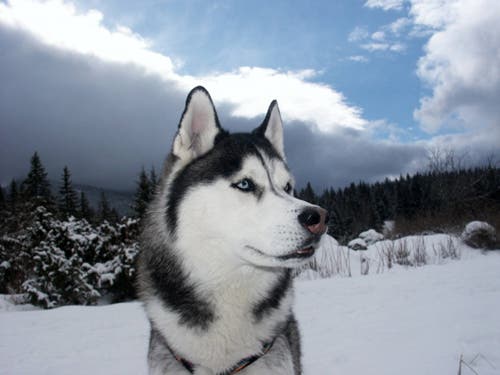 The Canadian olympics of 2010 will forever be stained with the blood of 100 husky dogs who were brutally killed with a knife and a shotgun, because they were no longer profitable.

For Canadians and tourists, the blue eyed huskies who took them on sleds were nothing less than icons; but for Outdoor Adventures, the company which rented them, they were nothing more than a deal. In the months following the Olympics, when the deal wasn’t so profitable, they decided to cut their loss. They officially claimed that they were aware of the killing, but they “expected this to be done in a proper, legal and humane manner”. So buy dogs, rent them, make money, then kill dogs – what is proper and humane here ?

“No creature should ever have to suffer in the manner that has been reported, and we want to ensure that nothing like this ever happens again in our province,” British Columbia Premier Gordon Campbell said in a statement on Wednesday. 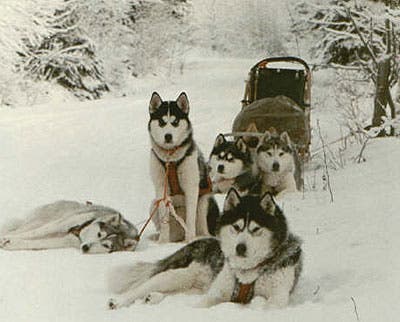 It appears they had a veterinarian kill them in a “humane manner”, but when he declined, for obvious reasons, they had to take matter into their own hands. An employee of Outdoor Adentures admitted to killing more than 70 dogs, with a shotgun and a knife, with injured dogs desperately, but hopelessly trying to escape; only one escaped.

“Any dog sledder who culls dogs at the end of a season should be culled himself, as far as we’re concerned,” said Paul McCormick, head dog sledding guide for Wilderness Adventures, a Toronto-based company that runs dog-sledding trips through Canada’s Algonquin Park. “You don’t go out and cull dogs,” he said. “We’re part of the largest dog sled operation in the world with 40 dogs and we never cull dogs. We retire them, they’re adopted … there are a lot of alternatives.”

There are of course a lot of other alternatives – but this was the cheapest, and in the end, it came down to that. I will not post any pictures related to the slaughter, for obvious reasons.