The world is spending half a trillion dollars on fossil fuel subsidies every year, according to a new report released by the Overseas Development Institude (ODI). Let me say that again: about $500.000.000.000 are spent each year with the aim of promoting the beneficial economic and social outcomes of the oil industry – that’s what a subsidy is.

What’s even more worrying is that as oil prices continue to increase, oil subsidies continue to grow in compensation; on the other hand, for every $6 spent on fossil fuel subsidies in 2011, only US$1 of support went to renewable energy.

“This is a reckless use of public money at a time when people are very concerned about energy costs,” Kevin Watkins, executive director of the ODI, told ZME Science. “Why are we spending $112 per adult in the OECD countries subsidising an energy system that is driving us towards dangerous climate change when there are alternatives?”

The negative effects are huge, and they’re creating what is called perverse incentives – encouraging companies to keep drilling more and more for oil instead of focusing on more envrionmentally friendly solutions. This poses a huge hurdle in front of renewable energy development, and seriously undermines any significant effort to reduce carbon emissions and global warming, the report explains – and it’s all supervised by governments – something which is especially concerning when you considere that domestic and international support for fossil fuels dwarfs spending on health and education in a number of countries, the ODI adds.

“Almost all these subsidies go to those who are connected to the grid because the governments give money to the energy providers, who pass it on to consumers. The top 20% of these societies get around half of the total subsidy package,” said Kevin Watkins.

The strange thing is that there is a better way, and it’s a win-win for everybody. Decreasing and ultimately eliminating subsidies could pave a green future:

You can download a summary of the report or the full thing here. 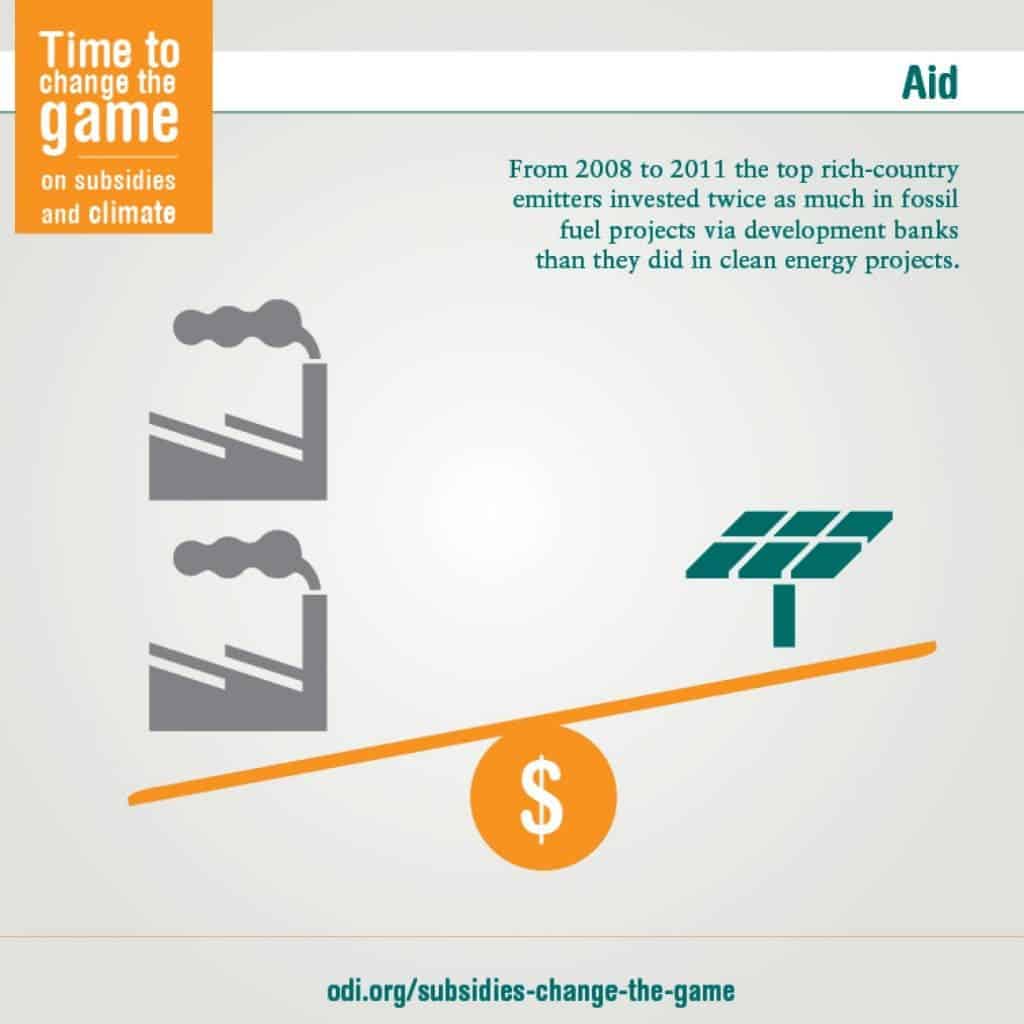