Greenland ice is melting 6 times faster than in the 1980s

Requiem for an ice sheet.

by Mihai Andrei
in Climate, World Problems
Reading Time: 3 mins read
A A
Share on FacebookShare on TwitterSubmit to Reddit

The Greenland ice sheet contains enough water to fill the Great Lakes 115 times over — and it’s falling apart quicker than ever. 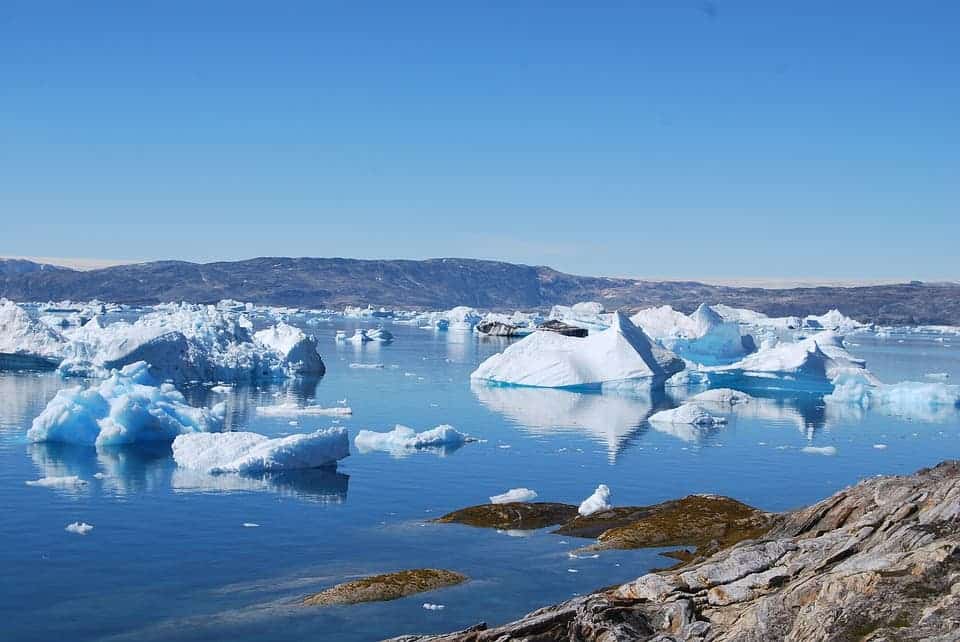 To get a feel of how large Greenland’s ice sheet is, it’s about three times bigger than Texas, or six times bigger than Germany. We knew the ice was melting faster and faster — after all, just last year, a study found that the 2012 melting was 4 times faster than in 2003. Now, another study published in PNAS adds even more context, finding that Greenland ice melting has accelerated by 6 times since the 1980s.

Between 1980 and 1990, Greenland lost 51 billion tons of ice — an enormous quantity in its own right. However, in only 8 years, from 2010 to 2018, it lost 286 billion tons. The losses are expected to get even worse, says Eric Rignot, Ph.D., a professor at the University of California, Irvine, and lead author of the new study.

We’ve seen the effects of rising temperatures in Greenland before. It’s impressive to see a big glacier calve and break away, but most of the time, the melting is far less dramatic — a steady melt and drip over the (still) glacial surface. Greenland as a whole has already experienced a warming of 2 degrees Celsius (3.6 degrees Fahrenheit), and some areas have warmed by as much as 4 degrees Celsius, this being the main reason for the melting.

The importance of this cannot be overstated. If all of the Greenland Ice Sheet melted, the sea level would rise by about 20 feet — but that’s not even the main concern. As ice and snow melt, they will leave room to darker soils, which will absorb even more solar energy, further accelerating heating. Also, even if only a fraction of that sea level rise is achieved, the consequences will be devastating.

At this point, no matter what we do, some melting and sea level rise is unavoidable. But the consequences can range from serious to absolutely devastating if we continue in the business-as-usual scenario. It’s up to us whether we do something to limit the damage.

“If we do something now, it will take 30 years to affect the climate and another few decades to turn the melt down of glaciers, so probably half of that signal is already written in stone,” says Ringot.

“But the impact sea level will have on humanity increases with every 10 [centimeters] of sea level rise, and right now we are about to commit to multi-meter sea level rise in the coming century if we don’t do something drastic.”