Tiny plastic timebomb: how cosmetic microbeads are killing the fish in the oceans

by Dragos Mitrica
in Animals, Environment, News
Reading Time: 3 mins read
A A
Share on FacebookShare on TwitterSubmit to Reddit

People using cosmetics are indirectly pouring hundreds of tons of tiny plastic beads into the oceans every year. These beads ultimately end up contaminating the marine wildlife, a big part of which ends up on your plate. 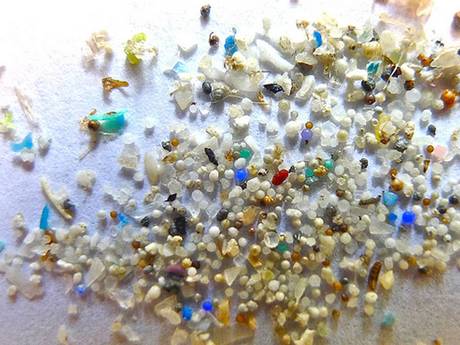 You probably don’t know this, but many cosmetic products (including tooth paste and detergents) contain thousands of plastic microbeads deliberately added by producers in the past decades. These plastic microbeads are less than 1 millimeter wide, and therefore too small to be filtered out by sewage treating plants, thus ending up in the oceans. They carry with them many toxins which can easily contaminate and even kill animals such as fish, mussels and crabs, scientists said.

The thing is, while many people and organizations are trying to reduce the amount of plastics which end up in the oceans, these microbeads go unheard and unseen, causing similar damage to the wildlife environment and posing huge threats to human health.

Recently, the State of New York became the first place to ban the use of plastic micropellets in cosmetic products after a failure by the vast majority of personal-care companies to agree to an immediate voluntary ban – yeah, companies often tend to avoid imposing bans on themselves. Great Britain and the European Union are also already discussing implementing this kind of ban.

“There is no reason for these microplastics in cosmetic products and I think they should be phased out. If they are not taken out voluntarily, then there should be legislation to ban their use,” said Graham Stringer MP, a member of the Commons committee. 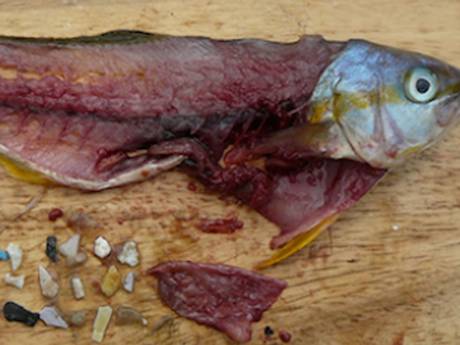 Microbeads, which are often labelled simply as “PE”, “PP” or “PMMA” in the product ingredients, are now found in more than 100 toiletries and cosmetics. The big companies produce them, the big supermarket chains are distributing them – without warning, without clear labels. Richard Thompson, professor of marine biology at Plymouth University is leading the charge against these pollutants.

“These small particles, or microplastics, may produce a different sort of problem than larger fragments of plastic debris. We know that a range of organisms will eat these microplastics and the prevalence in populations of some species may reach 80 per cent,” Professor Thompson said. Microplastic beads may also lead to the transfer of chemical contaminants into the animals that ingest the plastic. This is in addition to the physical damage done by the plastic itself,” he said. “Our work, for instance, has shown that mussels will retain ingested plastic particles for more than 48 days. Hence, there is potential for harm from both the physical presence of the plastic and any contaminants that may be transported with it,” he said.

Professor Ian Boyd of Brunel University is also studying the effects of this type of pollution, and his results are similar to those of Professor Thompson.

“There’s growing concern about microplastics and especially these beads. It’s well known that as these beads get smaller, their surface area gets bigger in relation to their volume, which makes it easier for other substances to stick to them,” Professor Boyd said.