Norway to pay Liberia to stop cutting its woods

by livia rusu
in Environment, News
A A 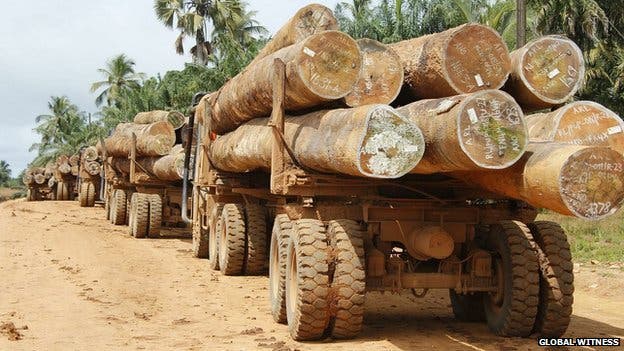 Liberia is one of the poorest countries in the world, and its economy is extremely underdeveloped. Mix this current situation with the recent Ebola outbreak, and you get a recipe for disaster. Logging is a simple source of revenue in such situations, and Norway wants to put a stop to that.

Liberia is of special importance as it hosts about 43% of the Upper Guinean rainforests. It is also a global diversity hotspot, with species such as western chimpanzees, forest elephants and leopards. As it always happens, when people are impoverished and are in dire need of money, they don’t really care about the biodiversity, and illegal logging grew more and more every year.

Now, the Norwegian and Liberian government have reached an agreement to end this situation. As part of the agreement, Liberia agrees to place 30% or more of its forest estate under protected area status by 2020. It will also send funds to communities to help protect the forests.

“We hope Liberia will be able to cut emissions and reduce poverty at the same time,” said Jens Frolich Holte, a political adviser to the Norwegian government, speaking to the BBC on the sidelines of the UN climate summit in New York.

This is not a novel approach – several contracts have been signed previously, but it’s the first time a national deal has been signed.

“We have funded efforts in Indonesia and Brazil, but I think this is the first time we have entered a deal on a country level.”

However, a huge problem still remains: how will the new laws be enforced? In a country where the economy is almost inexistent and corruption floods every office, preventing trees from being cut seems like quite a big challenge. Experts have made excited, but cautious statements:

“There is the potential for this to go wrong, both Norway and Liberia will have to make sure that this deal does not get affected by corruption, but I am cautiously confident it can be done,” said Patrick Alley, the director of campaign group Global Witness. “It’s really good news, it’s transformational for Liberia when all the news coming out of there is bad – I think this will be a real boost.”

We’ll just have to see how it works. If the results are positive, I look forward to see this kind of partnership implemented in more areas of the world.