Study Estimates US Emits 50 Percent More Methane Than it Claims

by Mihai Andrei
in Environment, News
Reading Time: 2 mins read
A A
Share on FacebookShare on TwitterSubmit to Reddit

The United States is spewing 50 percent more methane than the official federal government estimates, a new study concludes. The paper, which was published in the Proceedings of the National Academy of Science shows that most of the emissions come from cows, refineries and drilling spew and occurs in Texas, Oklahoma and Kansas. 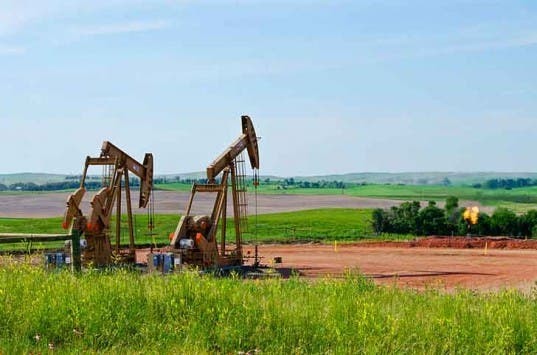 This not only raises some big questions about the environmental policies and reports from the US, but it also means that methane possibly plays a bigger global warming issue than previously thought. Although total methane emission quantities are much lower than CO2 for example, methane is 21 times more potent at trapping heat than carbon dioxide.

It might surprise you to find out that a big part of this natural gas emitted comes from livestock, including manure, belches, and … flatulence! Another (probably more expected) source of emissions is represented by leaks from refining and drilling for oil and gas, the study says.

The report estimates that in 2008, the U.S. poured 49 million tons of methane into the air. That’s nowhere near the damage caused by CO2, but it’s about as much heat as all the carbon dioxide pollution coming from cars, trucks, and planes in the country in six months.

“Something is very much off in the inventories,” said study co-author Anna Michalak, an Earth scientist at the Carnegie Institution for Science in Stanford, Calif. “The total U.S. impact on the world’s energy budget is different than we thought, and it’s worse.”

While for most countries it’s fairly easy to measure how much carbon dioxide is pumped into the air, it’s a very different story with methane – usually, methane emissions are estimated through computer models. However, this study took a more hands-on approach, taking into consideration nearly 13,000 measurements from airplane flights and tall towers – the most ever used in such a study. Information was gathered both in 2008 and 2012, but researchers still need some time to analyze the data from 2012. The study adds even more controversy to hydraulic fracking, as methane emission levels seem to strongly correlate with such extractions sites – something which oil companies deny.

Michalak said because of the way they measured methane — just looking for it in the air as opposed to tracking it from a source — it is hard to say what is putting more methane into the air. Therefore, in studies like this one, scientists focus on concentrations, which offer a good indications, but are not exact indicators.

I have to admit that I didn’t know that methane emissions measurements are based off computer models, and it seems pretty clear to me that more studies with actual data, like this one, have to be undertaken in order to understand the true impact of methane emissions.